Final round of KICs 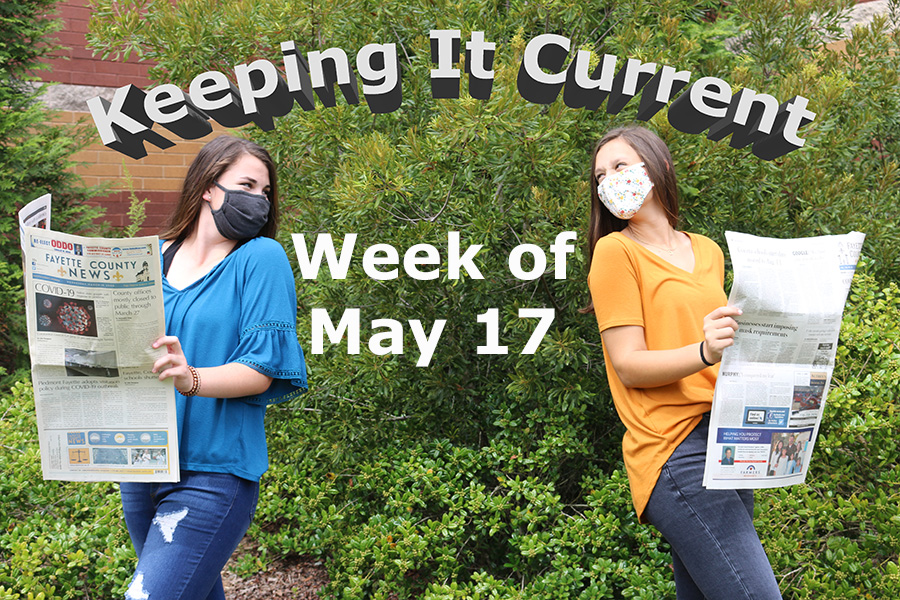 Well, y’all, I guess that’s it for this year. To all of our seniors, you’ll be missed and good luck with what the future holds. It’s been an amazing (yet crazy) year, so to close it off we have some amazing KICs. We have Biden making more vaccines available for other countries, an Australian diver dying after being bitten by a shark (that one’s not so amazing), country music singers performing at a tornado benefit, employees around America fighting for racial justice, and a dirt bike fight resulting in two deaths. Thank you to all of our amazing readers this year, and have a great summer!

May 17 – Biden making more vaccines available to other countries

President Biden has informed America about the vaccines in-transit. He wants to share millions of doses on top of the 60 million he has already committed.

The more vaccines that are sent out provide a safer country for Americans. Biden hopes this gesture will further demonstrate America’s values of “innovation” and “ingenuity.”

The President has mentioned that we should expect for the AstraZeneca vaccine to be supplied enough for every American adult by the end of this month. According to the CDC, 123 million Americans have been fully vaccinated and almost 60% of adults have received the first dose.

May 18 – Australian surfer dies after being bitten by shark

A man in his fifties died Tuesday morning after being attacked by a shark on a popular beach in New South Wales, Australia.

The man spotted the shark ahead of time and tried to warn his friends. Despite the early warning, the shark attack left the man with critical injuries to his upper thigh. The man’s three friends swam out and pulled him back to shore, where he went into cardiac arrest due to blood loss. Paramedics arrived and they, along with a couple bystanders, tried to resuscitate the man, but he died on the scene.

In 2020, Australia recorded eight shark attacks, the most since 1934. Two of these were off the coast of the same province that this man was attacked, proving that the frequency of shark attacks is on the rise.

It was announced country star Chris Young will be joining Alan Jackson for the “Where I Come From” tornado relief event in Newnan on June 26. Wednesday’s announcement finalizes the lineup for the concert that will take place at the Coweta County Fair.

Also performing at the tornado relief will be Caylee Hammock, Adam Wright, and “Big City” Brian Wright. Chris Young got his start after winning the singing competition “Nashville Star” in 2006 and has performed ever since. Caylee Hammock is a Georgia native and has recently released her major album debut, “If I Wasn’t for You.”

All proceeds benefit the Coweta Community Foundation’s Tornado Relief Fund, a fund set up for the damages of the 170 mph maximum wind speed that happened on March 26th in Newnan.Tickets will be going on sale this Friday and can be bought at AlanJacksonBenefit.com

The anniversary of George Floyd’s death will happen on May 25, and even though the protests have died down, the fight never stops. People are still fighting for racial justice, especially in the workforce.

U.S. workers are demanding their companies to confront the racism in their organizations. “I think we’re increasingly seeing employees expect more from their companies on a range of social impact themes,” Joelle Emerson, founder and CEO of Paradigm, told USA TODAY. In addition, two-thirds of Americans say they want their companies to publicly speak out against racism and 54% said they would quit if their employer did not take a stand.

The deaths of Floyd, Breonna Taylor, Ahmaud Arbery, and others have made people more eager to fight for racial justice.

Two young men, ages 16 and 21, were both shot and killed during a meeting to sell a dirt bike in Athens.

Casey and Tyler Parten drove to Athens to buy the dirt bike from 16-year-old Ashawn Adams who had advertised the bike on Facebook Marketplace. The police said that the group met up in the Stonehenge subdivision which resulted in a fight and gunfire. It is unclear who the shooters were and what the fight was about.

Adams was killed on the scene and Casey Parten was rushed to the hospital where he later died of his injuries.Tyler Parten, age 24, was uninjured. It is not clear if anyone is facing charges in the shooting.