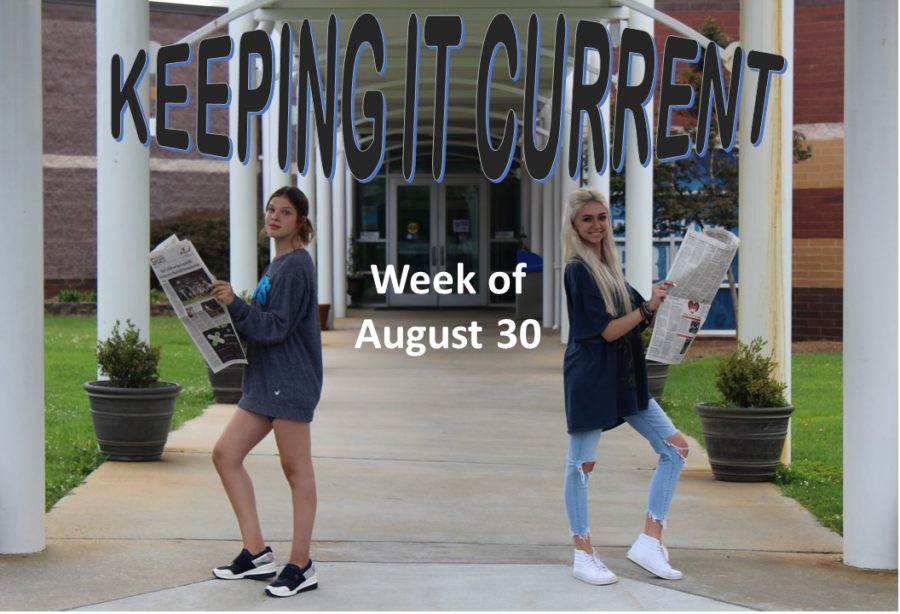 Welcome, Panthers, to another recap of major news headlines. Or should I say “Goodbye” as we head into the long weekend?

The fifth week of the school year has been busy, from the final withdrawal of U.S. assets in Afghanistan to a resurgence in travel restrictions and flooding from Hurricane Ida, the connection from August to September has been nothing if not eventful.

The 27 different nations that make up the European Union have recommended that they be paused on all U.S non-essential travels due to Covid-19 cases rising in the U.S. The daily average for hospital admissions has risen past 100,000 for the first time since the winter surge.

The recent wave, driven by the Delta variant, has hit the southern states the hardest. Monday’s guidance from the European Union differs from the advice that was given in June, which lifted the restrictions on American travelers ahead of tourism season.

Individual countries can decide to allow tourists from the U.S. into their country with the proof of being vaccinated, testing negative, or have quarantined.

Robert Aaran Long, accused of killing eight in a series of spa shootings, has just made his first appearance in court. It has been six months since the deadly Atlanta Spa Shootings. He has since pleaded guilty to four of the killings.

Long has been sentenced to four life sentences plus 35 years without possibility of parole, but Fulton District Attorney Fani Willis is seeking the death penalty for Long. Willis is attempting to charge him with additional charges based upon Georgia’s new hate crime laws.

Long has denied being racially or sexually motivated in committing the shootings. Willis predicts that the trial will be a long one, taking at least two years to conclude.

Ronald Davis, founder of the long-operating retail store Smith & Davis, passed away at age 82. Davis died on August 31 at the Piedmont Newnan Hospital. His family and friends were with him when he passed.

Smith & Davis has been in business for many decades, providing service to the people in Fayette and the surrounding counties. People looked forward most to the semi-annual tent sale. The tent sale would draw such a large crowd it required extra parking and police directing traffic. Davis’s youngest son, Tony, is now in charge of operations at the store.

Davis started working in the clothing retail business at age 12. In 1965, he opened the doors of Smith & Davis. In his free time he loved to ride his tractor, spend time with his family, and attend the Flat Creek Baptist Church. The Celebration of Life service for friends and family will be announced at a later date.

For the first time in history, New York City has issued a flood warning. Not long after Hurricane Ida hit the city, the streets flooded. At least 14 deaths have been reported, many due to basement apartments flooding.

Flooding has also caused a severe amount of damage to homes. Over 61,000 homes were reported without electricity in New Jersey as of Thursday.