All smiles for KICs 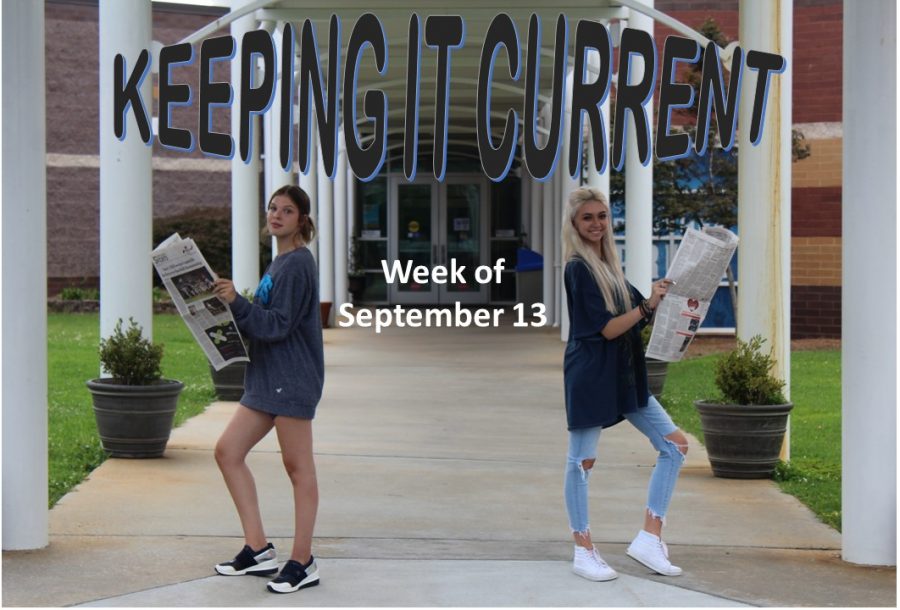 Smile for the camera, Panthers, it’s picture day! After weeks of wearing masks, it will be great to see everyone’s photo with a smile on their face. This week’s KICs contain a wanted animal abuser, the rebuilding of Newnan High School, a SpaceX launch for St. Jude, and attempts to avoid U.S. debt.

September 14 – Man wanted for neglect of 28 dogs and puppies

Floyd County deputies are looking for Timothy Reynolds who is charged with 28 counts of felony aggravated cruelty on Dogs after they found about a dozen of dogs puppies in bad conditions.

Authorities said that the dogs and puppies were exposed to physical harm and negligent care for a long period of time. By the time police intervened, the animals were infected with distemper and had to be humanely put down.

Enduring 70+ years and an E4 tornado, Newnan High’s main building is not up to code and is now in danger of being razed. The substantial structural damage to most areas of the school makes it hard to rebuild, so the county is choosing to tear it down.

Newnan High is a two-story building, built entirely of reinforced concrete, over a crawlspace of solid concrete. The walls are also load-bearing, making the task of new walls virtually impossible. The possibility of this project was deemed out of budget, estimating $15 million out of state funds.

Some board members are exploring the possibility of saving at least a part of the main building, hopefully to repurpose as a new school or something completely new. After Tuesday’s board meeting, a final decision is still undecided.

SpaceX launched an all new all-civilian crew for a three-day flight to raise $200 million for St. Jude Children’s Research Hospital. Jared Isaacman, Chris Sembroski, Sian Proctor, and Hayley Arceneaux will be the civilian crew on this mission

Issacman and the crew will view the earth from a 360-degree view, and are marketing the flight as a first step toward opening up space travel to civilian use. They are setting out to deliver an inspiring message of what can be done not only in space but here on earth as well. A part of this inspiring message is the fundraising efforts for St. Jude and helping the community here on earth.

The ship, also named the Falcon, started its engine on September 15 at 8:02 p.m. EDT at Kennedy Space Center.

Next week the House of Representatives will decide on a method to ward off a U.S. debt default. However, it is not clear if the Democrats will pair this with a stopgap funding bill in order to bypass a government shutdown on October 1.

The party is looking to put a limit on the amount of money the government can borrow, rather than outright increase that figure. Decoupling government funding from the debt limit would leave a lot of Republicans more willing to back up a short-term government funding bill including billions of dollars in disaster aid.

If certain measures aren’t taken, financial markets could be thrown into disarray, along with multiple other consequences.