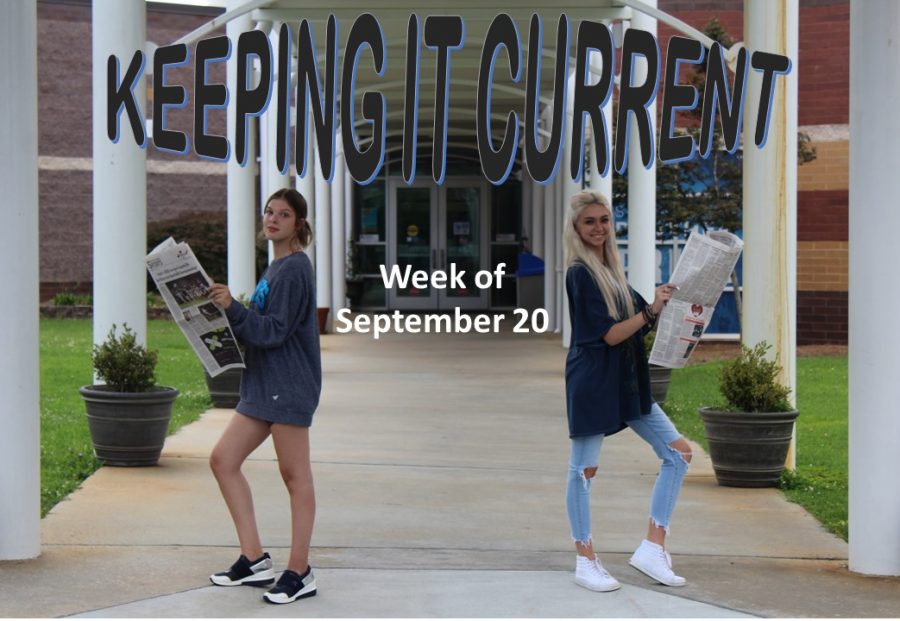 As the summer heat fades away, grab your coats and pumpkin spice lattes, and read the first KICs of the fall season. This week has been busy with President Biden lifting the European travel ban, the Braves making a final push toward the postseason, a fatal car crash in neighboring Coweta County, dogs in politics, and hurricane season causing problems for the United States.

The United States has decided to lift the Covid-19 travel ban, for all vaccinated United Kingdom citizens, and most European Union members, starting early November. The ban was originally imposed by former President Donald Trump 18 months ago at the beginning of the pandemic.

Along with opening travel up to European countries, the U.S. will start easing restrictions to Ireland, China, Iran, Brazil, South Africa, and India. Under the current ban, only U.S. citizens, immediate family, green card holders, and people on national business can travel into the U.S. International travelers will have to show proof of full vaccination, and a negative Covid test within 72 hours of travel, but quarantine upon arrival will not be required.

Other Covid-19 precautions, such as masks and social distancing, along with individual airline requirements, will remain in effect as of now but are subject to change in the future.

The Atlanta Braves beat the Arizona Diamondbacks 6-1 in Arizona on Tuesday.

Third baseman for the Braves Austin Riley hit a two-run home run, his 30th home run this season. Second baseman Ozzie Albies increased the score by getting a two-run shot in the third inning.

The win moved the magic number for the Braves to 10.

On early Tuesday morning, two people were killed after a single-car crash. It occurred north of Highway 29 off of Airport Road.

A 2007 Hyundai was traveling south attempting to turn a curve when it began rotating across the northbound lane. It continued on the east side and struck a tree on the passenger side and came to an uncontrolled stop. The occupants of the vehicle were pronounced dead at the scene. The crash was believed to have happened very early in the morning, but the car was not found until later Tuesday morning.

Lauren Rhodes, age 22, from Columbus, Georgia, and 18-year-old Shone Heptinstall from Auburn, Alabama, were identified in the crash .  The crash is still under investigation with Georgia State Patrol.

September 23 – Dogs are in politics

Officially, more dogs than presidents have resided within the White House. Historically, U.S. presidents have enjoyed the companionship of man’s best friend, some even going so far as to send the Navy to retrieve their pets as Franklin Roosevelt did after mistakenly leaving his friend from the Aleutian Islands.

Some presidents have wanted the companionship of a dog, while others have rejected it. President Truman was infamous for rejecting a dog who had come as a gift, much to the dismay of the general public.

Not always the case, the fact remains that many dogs have and will continue to live in the White House.

Hurricane Sam is the fourth named hurricane to form in less than a week and the 18th hurricane reported as of the hurricane season of 2021. According to the National Hurricane Center, Sam is moving at around 16 miles per hour heading north toward Southern Florida and Eastern Cuba.

Sam is most likely to form into a hurricane on Friday and become a major hurricane on Saturday. The meteorologists said for the hurricane season from August through November the tropical storms have been major and hitting hard causing major floods and damaging winds and major storms in parts of the United States.

Major tropical storm Mindy hit the Florida Panhandle on September 8, just hours after forming in the Gulf Of Mexico. At the start of August, two hurricanes named Fred and  Grace were major tropical storms that came out as major hurricanes in the southern part of the United States and Mexico.