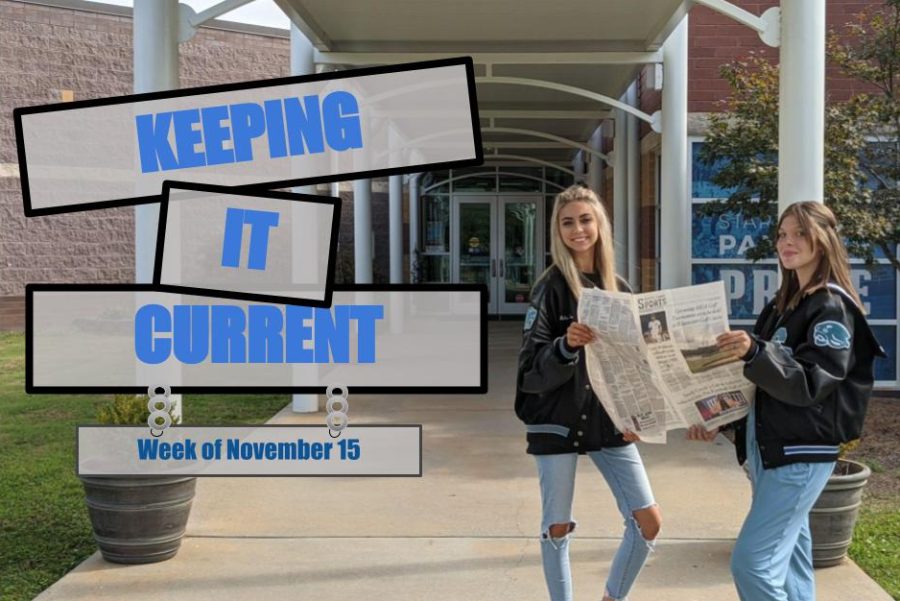 Panthers, we are in the home stretch! Thanksgiving break has begun and exams are right around the corner, so sit back and enjoy a busy week of news from the comfort of your couch. From the verdict announced in the Kyle Rittenhouse case to an American journalist being freed from a Myanmar prison, as well as an hour-long standoff ending in an explosion and Kamala Harris’ communications director leaving the White House administration, the week leading up to turkey and shopping has been anything but calm.

Just days after being sentenced to 11 years hard labor in a Myanmar prison,  American journalist Danny Fenster is on his way home. Former U.S. Ambassador Bill Richardson said in a statement that Fenster would return to the U.S. after being handed over to him in Myanmar.

Fenster’s sentence was the harshest one out of the seven journalists who were convicted for spreading false or inflammatory information, contacting illegal organizations, and violating visa regulations. Since then the U.S. military has taken power, U.S. State Department Spokesman Ned Price stated that the convictions were unjust.

Fenster’s family was overjoyed by the news of his return. The family expressed gratitude for all the people who secured Fenster’s release, especially ambassador Richardson.

Police have arrested 18-year-old Brian Betancourt on charges of murder. Betancourt shot and killed 23-year-old Andres Munoz after an argument over a sports car.

The incident occurred outside of a restaurant in Atlanta on October 24.  Reports stated that Betancourt and Munoz exchanged words before Betancourt shot Munoz and fled the scene.  Munoz was taken to the hospital where he died.

Munoz’s family members expressed their sadness on social media.  Betancourt is now being held in the Fulton County Jail where he awaits trial.

A police source has stated that a man who has been in a police standoff for 18 hours is now believed to have died. Brian Jessee had barricaded himself inside his home in LaGrange since Tuesday, when a fire started in the garage.

On Monday, police were sent to check on and remove two eight-year old children who were in the home. The next day, the officers were to begin a mental health evaluation but they were given a warrant for Jessee’s arrest following six counts of terroristic threats. The officers were also informed that he had multiple weapons in his home and then started evacuating the neighborhood.

While evacuating the neighborhood, Jessee started firing an AR-15 outside of his house. Police officers tried to resolve the conflict, but every attempt was met with gunfire. Jessee barricaded himself inside his home where he spent Tuesday and Wednesday before an explosion occurred, ending the standoff.

Ashley Etienne, Vice President Kamala Harris’ communications director, is leaving the White House to pursue other opportunities. According to a White House official, she is a valued member of the team, but leaves in December.

Prior to her career at the White House, Etienne was a senior adviser to the Biden presidential campaign and a communications professional for a multitude of elected officials in Washington, including Barack Obama. Etienne’s exit follows rumors of tension between the West Wing aides and the Vice President’s office.

CNN reports that many of Harris’ associates are looking for ways out and reaching other contacts. Other sources also report that Etienne’s departure was a long-time coming, describing herself as “not a good fit” for the White House.

Kyle Rittenhouse, who killed two people and shot another during a protest in Kenosha, Wisconsin, has been acquitted of first degree intentional homicide, and four other felony charges. As the verdict was read, Rittenhouse fought to hold back tears, before sobbing and falling forward into his lawyer’s arms.

The jury, consisting of five men and seven women, deliberated for more than 25 hours before deciding the verdict. The jury determined that Rittenhouse feared for his life and acted in self-defense. During the reading of the verdict, some jurors appeared to be fatigued, rubbing their eyes and placing their hands on their chins.

Prior to deliberations, Judge Bruce Schroeder dismissed a misdemeanor weapons possession charge as well as a non-criminal curfew violation. If convicted on the most serious charge, Rittenhouse would have faced mandatory life in prison.