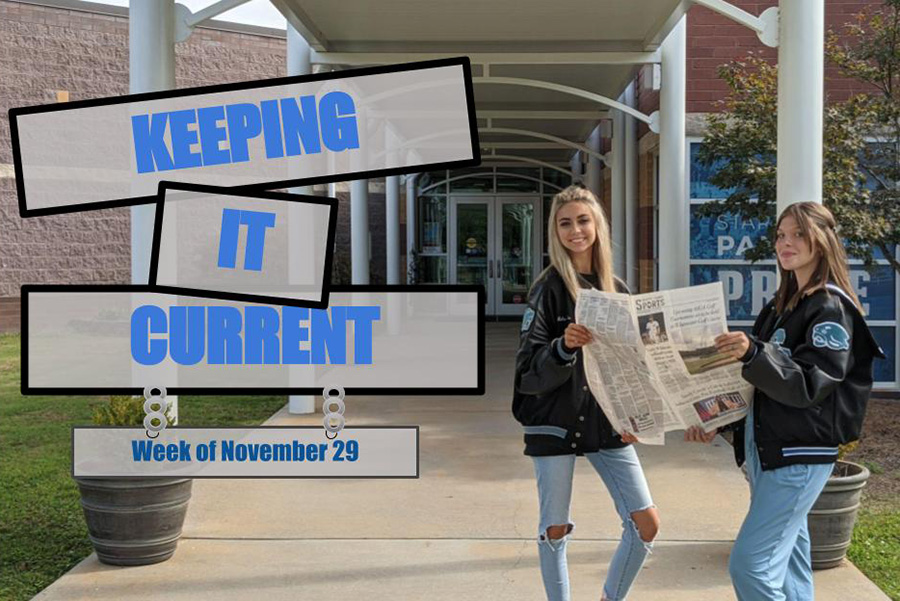 Well Panthers, after a nice week off for Thanksgiving break it is officially the most stressful two weeks of the first semester. In these two weeks prior to exams, students are cramming and hurrying to the last minute to raise their grades. Take a break from stress, and relax for a few minutes with these KICs. This week we have, South Africa’s president banning travel, a man turning himself in for discharging a gun in Atlanta’s airport, a newly elected mayor for Peachtree City, the concerns leading up to the Michigan high school shooting, and Florida’s governor putting together a new civilian military force.

Ramaphosa stated he is “deeply disappointed” in countries who currently have travel bans forced onto their people. The Omicron variant has been identified as a “variant of concern,” and has a higher re-infection risk. To make the situation worse, this current variant was found in South Africa in early November and was reported to the World Health Organization.

The number of cases are increasing in all provinces of the country according to the WHO. South Africa announced 2,800 newly discovered cases this Sunday, yet will still allow travel within the country.

On November 30, 42-year-old Kenny Wells turned himself in to authorities for discharging a gun in the Atlanta airport two weeks ago.

Wells was being screened by a TSA agent for having prohibited items in his bag. When the police found the gun, Wells attempted to grab it causing it to fire. Chaos ensued following the discharge and Wells was able to escape in the crowd. The gun was found later in a nearby trash can and authorities were searching for him.

Directly after turning himself in he was charged with reckless conduct, carrying a weapon at a commercial service airport, discharging of firearms on property of another and possession of a firearm by a convicted felon. The incident is still under investigation.

The runoff resulted in 3,467 votes for Learnard while Imker had 3,076. Of the 29,745 registered Peachtree City voters, only 22% participated in the election.

Learnard will replace Vanessa Fleisch, who has been mayor since 2014 and will serve for the next four years until the next mayoral election in 2025.

On November 30, 15-year-old Ethan Crumbley was accused of a shooting at Oxford High School. Just before the shooting, Crumbley was in a meeting with one of his parents.

Crumbley killed four students and injured seven others in the attack. Crumbley is being charged with terrorism and murder. He now faces seven counts of assault and 12 counts of possession with a firearm. Authorities had said that he was sent to class and started shooting students near the school bathroom.

Crumbley is scheduled for a probable cause hearing on December 13 and a preliminary examination on December 20. He is currently being held in the Oakland County Jail.

DeSantis plans include 200 civilian volunteers. He has already collected $3.5 million from the state legislature to help start up his plan. If the Florida government goes with the plan to bring back the civilian force, Florida will become the 23rd active state guard in the country.

This new plan comes after Defense Secretary Lloyd Austin warned National Guard members who refuse to be vaccinated that they will not be paid for their service and will be barred from future training.