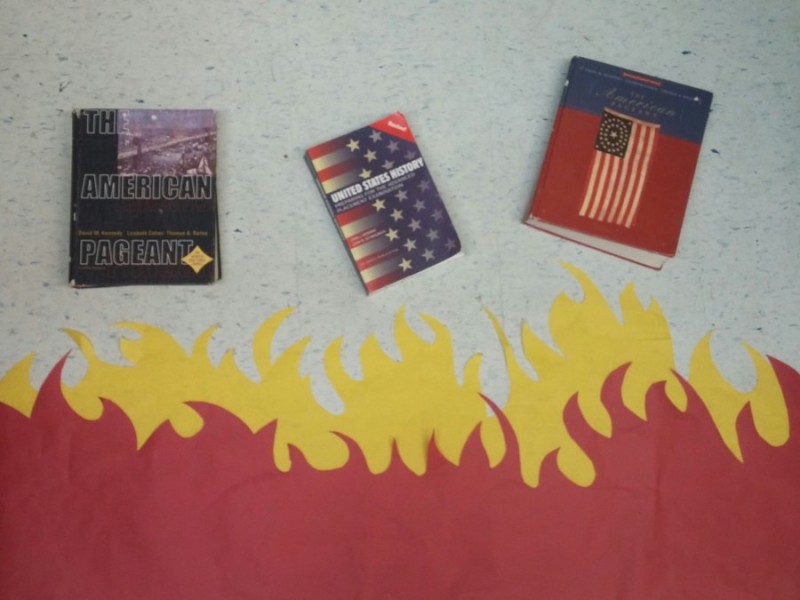 Defendants of the Advanced Placement U.S. History curriculum want to protect against the censorship of America's past.

Although the College Board’s new Advanced Placement U.S. History curriculum was implemented only this fall, it is already in danger of being cut from Georgia schools.

Across the country, some lawmakers, including state Sen. William Ligon Jr., R-Brunswick, have voiced concerns that the College Board’s new curriculum is unpatriotic. On March 11, Ligon saw his Georgia Senate Resolution 80, which demands that the College Board redesign its curriculum and stop emphasizing what Ligon considers negative aspects of U.S. history, successfully pass the senate. If the curriculum isn’t changed, the legislature could vote to defund the course altogether.

The resolution has a long way to go before potentially becoming a law, and the wording is far from concrete, but the debate is quite real.

The main complaint from conservative politicians is the “negativity” of the curriculum. Despite their claims that the AP framework has a negative bias, it’s obvious that lawmakers like Ligon are trying to make a political statement rather than truly provide better education for Georgia students. Anyone who wanted to create a truly effective history course would recognize that the curriculum should teach the good along with the bad, the triumphs as well as the horrors. Unfortunately, the statements that these politicians are making have the potential to evolve into concrete legislation as they have in states like Oklahoma.

In February, the Oklahoma Legislature voted to end funding for the APUSH curriculum in its state. Republican Rep. Dan Fisher publicly condemned the College Board’s framework. “[The curriculum] emphasizes what is bad about America,” Fisher told Tulsa World newspaper.

Fisher has also claimed the College Board framework doesn’t properly teach the concept of “American exceptionalism.”  But what does it mean to truly be exceptional? An exceptional nation would be one without poverty, disparity and injustice. In modern America, this is clearly not a reality.

Just as America’s most glorious moments have defined this nation, so have its darkest moments. America’s history of oppression and political corruption may not be easy to stomach, but our history has shaped the country we live in today. It is impossible to comprehend the country’s current state without fully understanding the events that have brought us here, both the good and the bad. As American essayist George Santayana once said, “Those who do not remember the past are condemned to repeat it.”

The reality is that AP students simply don’t need to receive coursework that emphasizes America’s positive reputation as a worldwide protector of democracy. American teenagers have already been exposed to the more traditional curricula that don’t shy away from America’s great achievements. It is America’s weak moments that have been hidden away from student eyes, deemed too dismal to be taught to schoolchildren. These moments — forced assimilation of Native Americans, slavery, Japanese internment camps — are difficult to comprehend, but that makes teaching them all the more crucial for a true and complete understanding of America. I believe this is exactly what the College Board is attempting to achieve with its new course framework. The board wants to provide an in-depth and  advanced view of American history rather than to regurgitate some form of nationalistic propaganda.

Dark moments in our history have also shaped American lives. They are part of our history, no matter how unpleasant, and knowing about them helps students to understand the social and economic statuses of minorities and to recognize the presence of inequality in modern America, which is vital step in any effort to bring  about change.

Not only are the fears of some conservatives unfair, they are also unsubstantiated. The College Board, which has emphasized that its standards are meant to serve as a framework rather than as a lesson plan, has agreed to create more specific standards, which will be released in July.  The College Board already encourages states to add their own standards to the curriculum. If state legislatures feel that the College Board’s framework is lacking in some areas, they are welcome to modify it how they see fit as Georgia already has with the inclusion of specific historical figures and events.

Additionally, the potential for a ban on the course could harm Georgia students when they apply to top-tier universities. Any state that bans AP courses, for any reason, is severely hindering the future success of its students.  Georgia students would have fewer AP classes on their transcripts, harming their ability to compete with students from across the country.

The censorship of history, however, would be the most dangerous effect if the course were to be defunded. Legislators who want to edit the APUSH curriculum are playing with fire and walking a fine line between harmless positivity and potential propaganda.

To even suggest that the public school system deny students the right to learn about America’s dark side is frighteningly Orwellian. Government officials can’t censor history by allowing only what it deems the “positive parts” to be taught.

Allowing bright, intelligent students to openly discuss the darker aspects of America’s history is unlikely to create a generation of disillusioned and unpatriotic citizens, as some legislators seem to believe. On the contrary, such a well-rounded approach to teaching American history is bound to mold a generation that strives to change the negative patterns of oppression and corruption and to work towards true “American exceptionalism.”

A beneficial history course would teach exceptionalism not as an absolute truth but as an abstract goal to work toward.

Conservatives against the APUSH curriculum seem to think anything that criticizes America is unpatriotic, but I disagree. No famous patriot has even been content with the status quo or has ever claimed our society to be perfect. One who truly loves America wouldn’t want to see it stay stagnant. Criticism of the past is necessary for improvement of the future, and a desire to improve one’s nation seems the very definition of patriotism.