Popular or Electoral: Which should decide? 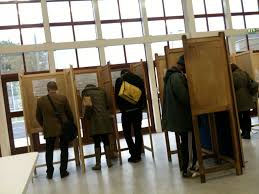 In the month following the election, the effectiveness of the Electoral College has been called into question, with a California senator even proposing a bill to abolish it.

Introduced by the Founding Fathers, the Electoral College was a way to bridge federal and state interests, and to prevent an unbalanced election. The Fathers feared that tyrants could easily manipulate the public opinion, and come to power.

The amount of electors a state has equals a total of the state’s Senate and House of Representatives delegations, and in order to win the presidency, a candidate must win at least 270 of those electoral votes.

Electors normally vote based off their state’s popular vote, but are not required to.

In the most recent election, Hillary Clinton led the popular vote by over two million votes. The final results depend on the few million uncounted votes that still remain. With Clinton’s lead growing, this has proven to be the sixth time where a president has lost the popular vote, but won the electoral vote.

Many have taken to social media saying that Clinton should be our president, not Donald Trump, due to her overwhelming victory of the popular vote. Those speaking out are campaigning to have the election based off of the popular vote, the votes of the actual american citizens, which are not required to win.

However, Clinton’s likely only leading due to her popular vote victories in California and New York. Those two states just happen to be two of the most populated in the nation.This situation is exactly why we have the Electoral College.

The  Electoral College prevents heavily populated states from deciding the outcome of the election, and to allow states with smaller populations to have a say. The population of one or two states can’t possibly understand the needs of other populations, which is why the election should not be solely based on the popular vote.

While the system is flawed in some ways, it does not mean it should be completely abolished. Some citizens may feel that it would be a waste of time to vote, since their vote does not directly elect the president.

State electors are not required to vote based off their state’s popular vote, but what if they were?

If more citizens knew that their votes determine the actions of the state electors, maybe more citizens would come out to vote. With more people voting, the situation of their candidate losing the popular vote would be less likely to happen.