Gay acceptance not a reality 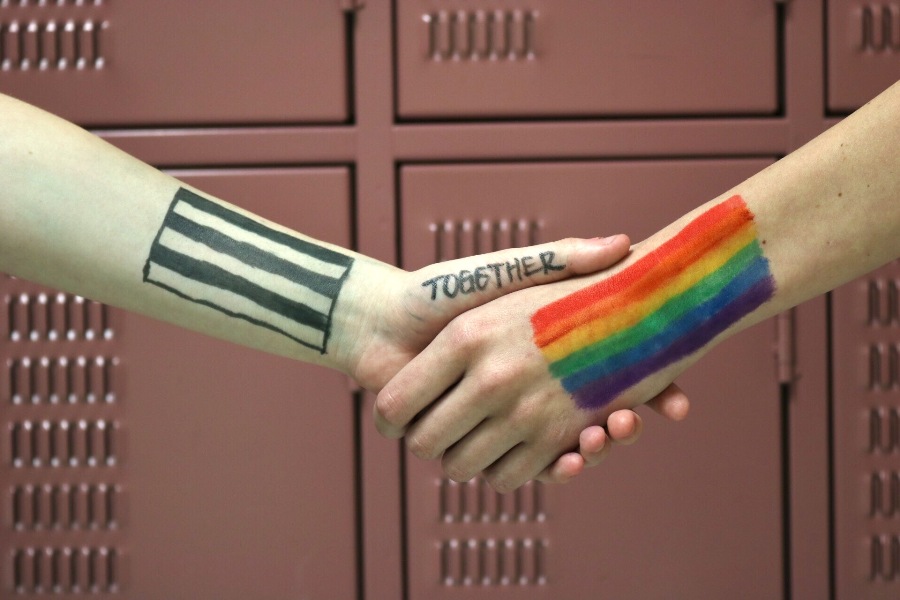 Imagine walking into a classroom everyday knowing that you will hear snide comments and quiet snickers directed at you for being gay. Imagine returning home where your family barely speaks to you because of your identity. Living every day in isolation for who you are is devastating.

Students would benefit from having a support group for the Lesbian, Gay, Bisexual, and Transgender communities. The need for an organization where LGBT+ students can connect with each other and feel accepted by the school cannot be overlooked.

The best case scenario would be to start a Gay-Straight Alliance club at the school.

“It would allow non-LGBT+ people to be able to understand what LGBT+ people experience and both sides could learn from each other,” sophomore Rosie Davidson* said. The club would also allow students to discuss how to make the school more progressive and provide each student a support network.

Additionally, the LGBT+ student’s sexuality and gender identity would be protected because all anyone would be able to determine is the attending students support LGBT+ rights, not the student’s identity.

The school system must keep making progress until the word ‘gay’ is not meant as an insult, until each person feels safe enough to date another person of the same gender, and until each student’s sexuality and gender identity feel accepted. “There is still much work to be done on a small scale and people need to realize that ignoring issues or outright negating them is not an answer,” freshman pansexual transgender male Alex Boyd* said.

Although heterosexual students may not witness first-hand oppression toward LGBT+ people, every single LGBT+ person has had experience with or witnessed oppression, whether in the form of losing a job, a friend, being bullied, or having to stay ‘in the closet’ for years because their family would disown them if they came out.

A common reason adolescents stay ‘in the closet’ is because they are scared their family or someone they care about will not accept them. “My parents are much more distant toward me than they were before [my sexuality/gender was revealed without my consent],” Boyd explained.

Many LGBT+ youth fear being kicked out of the their home because of their sexual identity. The threat of becoming an outcast is something that many LGBT+ students have to face, especially in the south where many families are extremely religious and can be judgmental toward the LGBT+ community.

When that judgement starts to endanger someone’s life, cause harm, or make another human feel inferior then the judgement becomes a problem and needs to be eradicated. “Everyone is entitled to their own opinions, but when that opinion is oppressing another student that’s when it crosses the line,” Davidson said.

*The names of these students were changed in accordance with guidelines from the Federal Educational Rights and Privacy Act which “generally prohibits the improper disclosure of personally identifiable information derived from education records.”