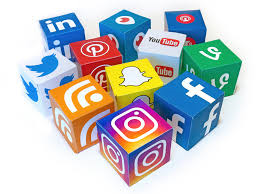 Social media has changed the idea of “innocent until proven guilty,” and it’s causing problems for ordinary people such as Joshua Hitson.

The idea of “innocent until proven guilty” has been in place in our society for many years now. It’s a simple idea. If a person is accused of something, the accused is not guilty of it until proven so in a court. Recently, that idea seems to have changed, and social media only makes it worse.

In May, the Atlanta Antifascists, through their website, claimed that a teacher at Whitewater High School, Joshua Hitson, is a white supremacist. Antifa took to their Twitter account, and demanded an apology from the Fayette County Board of Education and Whitewater High School for employing Hitson. However, they forgot one critical part of the puzzle — actual criminating evidence.

Despite the support of former Whitewater High Principal Roy Raybold who hired Hitson, Hitson resigned earlier this fall. In a letter to The Citizen, Raybold said Hitson was a victim of “social “social terrorism,” defined as “the unlawful use of force or violence against persons or property in order to coerce or intimidate a government or the civilian population in furtherance of social objectives.” Raybold points out key reasons as to why Antifa’s claims are ludicrous, such as Hitson’s past years of teaching at Creekside High School, a school comprised of 98% minority students.

Antifa’s actions show how social media has changed the concept of innocent until proven guilty in the 21st century. The left has created a society where anything they disagree with is hate speech, racism, or fascism, and anyone who says anything this radical leftist group disagrees with is labeled as a fascist or racist. The left makes these accusations with no prove, and social media follows their lead, turning ordinary people like Hitson into hated individuals.

Milo Yiannopoulos, Ben Shapiro, and numerous other right wingers have fallen victim to the left’s new society. Hitson was simply the latest victim.

The left fails to realize that accusations like these cannot be made, not without proof, or just because they do not agree with an alternate opinion. The left does not realize, or simply does not care, that a critical part of the American justice system, innocent until proven guilty, is being lost each time they cry, “Wolf!”