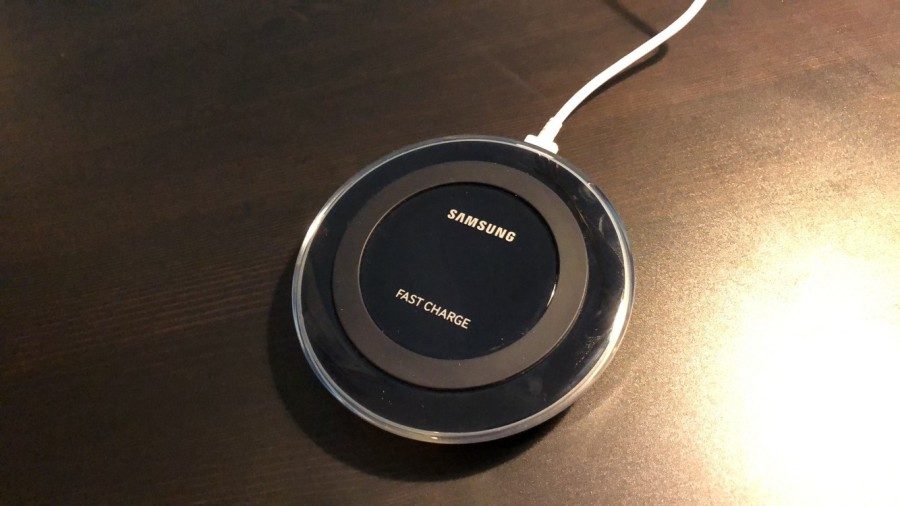 One of the Samsung wireless fast chargers that charges a phone without a cord. Wireless chargers like these are likely to fly off of the shelves during Black Friday next week, but they may not be worth the money.

Recently, I purchased a wireless charging pad made by Samsung for my new iphone 8. At first, I was in absolute awe. Being someone who has limited knowledge on how electricity works, it seems incredible that a phone could possibly charge without a micro-usb cord (except for the fact that the wireless chargers themselves need the cords to power on). This alone made me feel that paying the $40 for the charger was completely worth it.

One thing that is very important to consider with the wireless chargers is a question that I ask myself nearly every day. Why would someone need this? Of course, being able to show my friends that by simply setting my iPhone on this pad it will “magically” begin to charge my phone makes it seem completely worth the money, but is it really? My phone will charge at about the same rate as it would had it been plugged into the wall, which begs the question: Is this charging pad really worth the money?

So, to all of the people ready to hop on Black Friday deals next week, this device is not a necessity. It has no more purpose than a simple $8 micro-usb that can be found at the nearby Rite-Aid. This pad is for those of you who do not care about paying more for a cool utility that may one day be the norm for charging smartphones and many other electrical devices.

One thing that I know for sure is that until that day, I would save my money and just stick with traditional chargers.