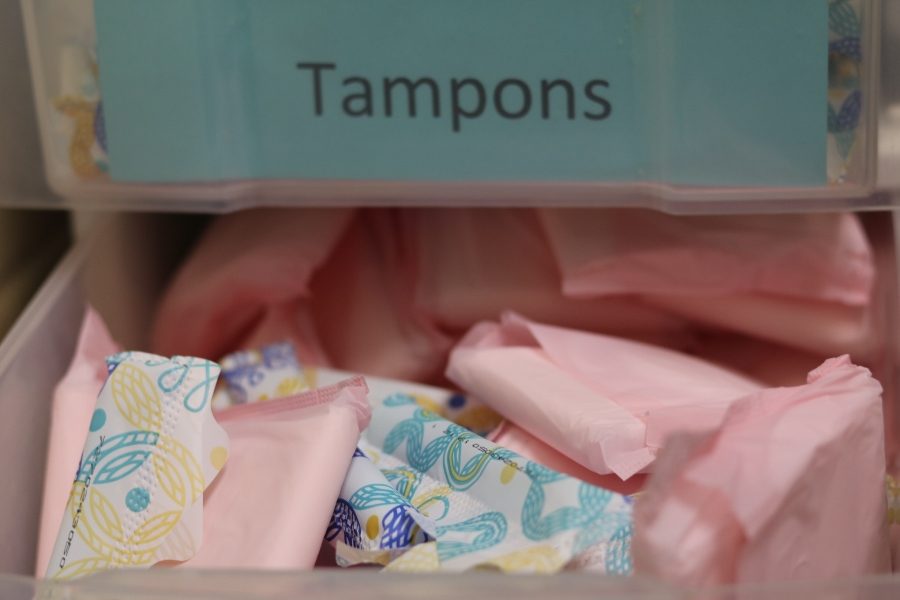 Nurse Kalen has a box of feminine hygiene products in the nurse’s office that are 25 cents. The school system has processes in place to educate its students about menstrual cycles to de-stigmatize it, but many students continue to see periods as gross.

Long ago, periods were deemed an immodest topic of discussion. As a result, today’s population who do not experience periods are often revolted by the thought of menstruation.

Since periods are not being discussed about in common social situations, the burden of informing those people who do not experience periods usually falls on school health classes to inform them. The problem with that is that the health class does not do an adequate job of teaching the process of menstruation.

Even though about half the population experiences menstruation, it is still seen as a topic only to be held in private. Richard Stockton speculates that in history only men were scribes and they didn’t feel like mentioning a problem that did not pertain to them. Throughout the years while only men were in the position of power, periods were not supposed to be talked about only because the “weaker sex” dealt with it.

This belief system has integrated itself into our society so far that nowadays many people who do not have periods decline to comment on the subject because they feel they are not informed enough on the topic to comment on it.

The school’s curriculum is also centered around the false idea that only women experience periods. “I think it’s because a lot of people still don’t see [transgender] men as actual men and that they’re just pretending,” sophomore David Smith* said. “So when they say only women have periods they’re actually excluding the term [transgender] men.”

When people aren’t given proper information and understanding over a topic that has been historically shunned, people who find periods an immature topic continue to improperly evade the subject. “As soon as you mention something like [puberty, periods, etc.] to a group of middle or high schoolers, especially guys, they are going to zone out and giggle and start making jokes,” sophomore Brady Meyer said.

The health class that all students are required to take should have more time devoted to educating the students about a necessary bodily function to decrease the stigma behind menstruation, otherwise periods will continue to be wrongly accused of being disgusting and immature.

*Names of students changed in accordance with guidelines from the Federal Educational Rights and Privacy Act which “generally prohibits the improper disclosure of personally identifiable information derived from education records.”