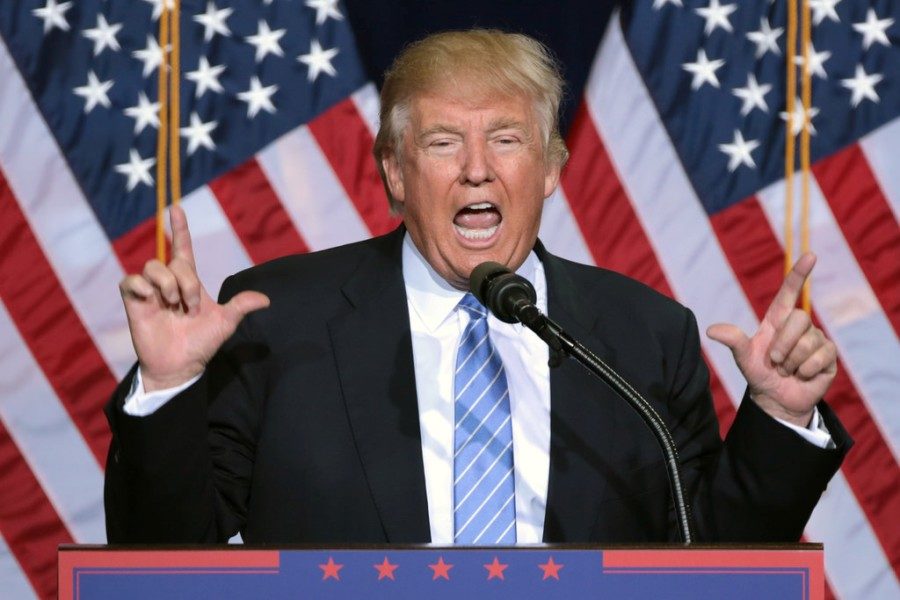 Trump has recently stated that his new plan to decrease the amount of shootings in America is to reopen mental hospitals. Even though the fields dedicated to improving mental health, simply reopening the hospitals is not helpful.

Many people despised President Donald Trump being elected because of his racist, sexist, and conservative motives. He has recently added another reason for the left-leaning liberals to hate him more — re-opening more mental hospitals as a sloppy solution to the nationwide problem of school shootings.

The recent school shooting at Marjory Stoneman Douglas High School, more commonly known as the “Parkland shooting,” has caused an upheaval in the nation’s gun control regulations. The survivors of the Parkland shooting have been interviewed many times because these forward-thinking people are advocating for stricter gun control laws after 17 of their classmates were murdered by 19-year-old Nikolas Cruz.

Instead of the government doing anything reasonable to prevent more mass shootings, Trump has jumped on the bandwagon of blaming mental health for most shootings even though less than 1% of all gun related homicides are committed because of mental health.

Counselors and the high school resource officer recommended that Cruz be committed under the Baker Act, which allows for voluntary and involuntary admission into a mental hospital. Those recommendations were overlooked.

Even though Cruz did have mental health concerns, it still does not excuse or lighten his atrocious crimes. “We need to pay attention to the fact that this was not just a mental health issue. He would not have harmed that many students with a knife,” Emma Gonzalez, co-founder of the gun control advocacy group Never Again MSD, said.

For a while Gonzalez was the only face of this movement, but she has now been joined with her fellow classmates, all of whom are using their social media platforms to spread the word and cause an appropriate change in the government to prevent more school shootings.

Gonzalez and her classmates are leading a revolution through social media to promote stricter gun control and to make sure another school shooting never happens again. Meanwhile, Trump has decided to wage his own movement against mental illnesses.

Mental illnesses are used by numerous right-leaning people such as Trump in many situations involving gun violence. While mental illnesses can be extremely debilitating and can cause dangerous situations, “portraying [Cruz] as innocent is even more messed up. There are many people who grew up in a foster home and there are many people who have mental illnesses, but you don’t see all of them shooting up schools. It was all him. His fault. His actions. Now he needs to face it,” Kayleen Schleeter said.

Instead of holding Cruz and America’s lax gun regulations — especially when it comes to private sellers — accountable, Trump’s plan is to open more mental hospitals in an effort to give treatment to those that the right-leaning people believe are most likely to cause a shooting even though there is no correlation.

The problem is that mental asylums are not conducive to the betterment of mental health. “They provide a very poor opportunity for improvement in mental stability because it is an extremely stressful environment,” former mental asylum patient Charles Parker* said.

Parker was admitted to a mental hospital for a week to receive treatment because it was the best way for him to receive the treatment he needed in a timely manner. “People such as myself should not have to expose themselves to such scenarios to receive proactive help to keep them from self harm,” Parker said.

This environment of a mental hospital deprives the patients of a comfortable, home-like place to focus on recuperating. There are no shoelaces, drawstrings in the clothes, or sticks inside of corn dogs. Even the toothbrushes were only two inches long to prevent patients from sticking them into the back of their throats.

Mental hospitals are meant to help patients recover and go back into the outside world with an improved mental health and be able to move on with their life, but “it was not uncommon for people to say that [it] was their 3rd time being hospitalized or more,” Parker said. Many of the mental hospitals invoke a vicious cycle of never being able to leave and stay out for any length of time.

The root cause of this environment can be traced back to their origins. The first mental hospitals were called “lunatic asylums.” The first American public mental hospital was established in 1752. The setup of this hospital was the basement rooms in the Pennsylvania Hospital in Philadelphia and it had shackles hung on the walls to restrain the patients.

This was 104 years before Sigmund Freud was even born. While the psychological field was around long before Freud’s time, Freud made psychology popular and introduced his own techniques that are closer to today’s therapeutic methods and helped mental hospitals shift away from its unsavory origins.

Though mental hospitals have come a long way, they still are not helpful to those who do not want the help. “Psychiatric hospitalization only works if you let it, and most people don’t,” Parker said.

While people need more support for mental health and guns need to be better regulated, blaming mental illness for a school shooting does not help anyone. Psychiatrists and therapists need to be more accessible to those in need. Mental hospitals need to be reformed in such a way that is conducive to the betterment of patients mental health, and guns need to have better systems in place so that someone like Cruz cannot obtain one and kill 17 people.

*Names of students changed in accordance with guidelines from the Federal Educational Rights and Privacy Act which “generally prohibits the improper disclosure of personally identifiable information derived from education records.