Alright boys, where we droppin’?

How Fortnite has taken over the country 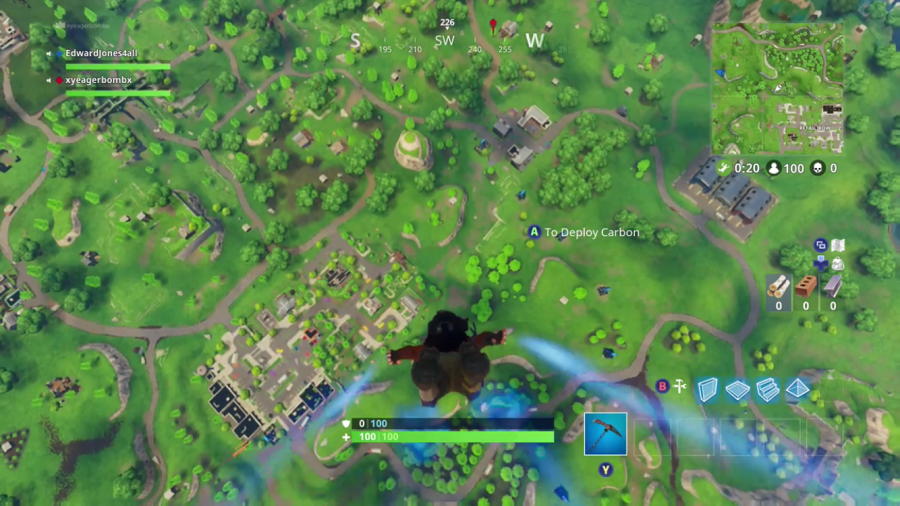 A Fortnight player dives down to the island at the beginning of a game. Fortnite is an incredibly popular free-for-all game that combines portability and exciting gameplay.

Fortnite, the game that everyone in the world has been talking about for months, offers a glimpse of what is to come in the future of gaming.

The gaming sensation has millions of players all across the globe and has become one of the most publicized games of the century. Now, Fortnite is not necessarily the first game of its kind, but what makes it revolutionary is the fact that it is the first to combine many elements of gaming and connectivity into a single multiplayer free-for-all.

The game combines the ability to acquire materials and craft structures, a technique native to Minecraft. One of the key strategies in being a successful player in the game is the ability to build well and to build fast. Strategically building to outflank opponents and to get the jump on them is a great advantage and increases the chances in winning a fight.

But the game isn’t “pay to win.” Even though players are given the option to pay for skins for their character, dance moves, or other emotes, none of these purchases offer players an advantage in the game. The game itself is free to play as of now, which gives players who do not enjoy “pay to play” games an equal opportunity at winning.

This opened the door for the game’s creators to connect players across many different platforms. When Epic opened up Fortnite on iPhones, there were millions of new players that did not have a gaming system to play it on. Epic even stepped up the game further by setting up cross-platform gaming. Now, people all across Xbox, PS4, PC, and iPhone may be connected and all play Fortnite together.

Fortnite takes gaming to the next level. It is likely that in the following years, games will follow the trend set by Fortnite, and that other, more traditional games, may be less successful because of it.