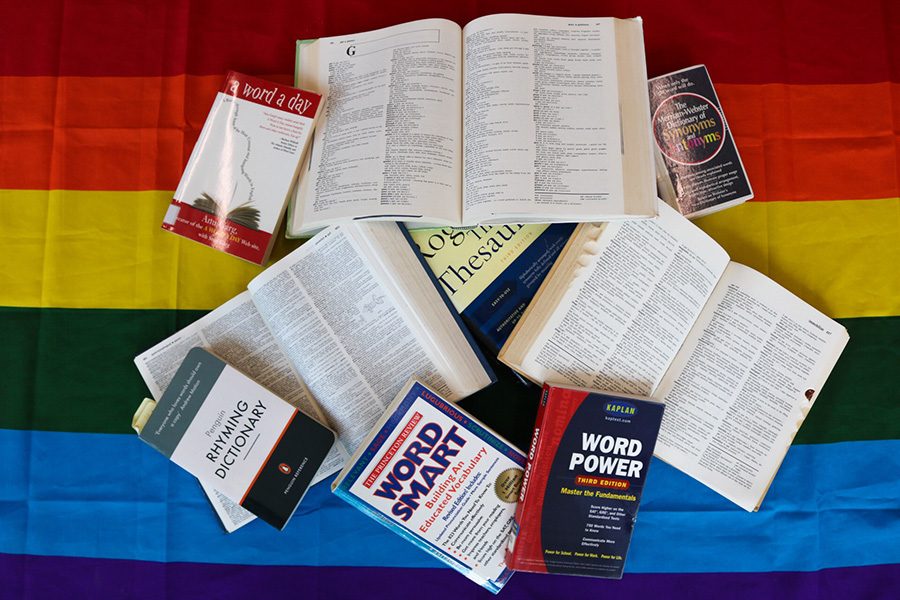 Words like “queer” and “gay” used to be derogatory and only used in a negative way. The LGBTQ+ community has taken a long time to take those words back and change the connotation, but why stop there?

You can always tell who’s an activist for LGBTQ+ rights by how quickly they can say LGBTQ+ without tripping up. Over the past couple of years I’ve gotten really fast at saying it, but I still prefer the term “queer” instead. I’d heard it online and thought it was just another word that was easier to say than LGBTQ+.

Queer used to be a very derogatory word, but in the recent years has come to be just another word to describe the LGBTQ+ community. Some people even identify as queer where they can’t find a term for their orientation, they may just not like labels, or maybe it just suits them the best.

But one day, when I was talking to my grandma, I said the word “queer” and I could see her face drop in shock of what I’d just said. To her, a very politically correct activist for LGBTQ+ rights just used this horrible word that was extremely derogatory to my community.

I had just assumed that since I and the internet used queer, everyone knew that the LGBTQ+ community had taken it back and it wasn’t not derogatory anymore. But I realized there are other people my age who feel similar to my grandma about using queer.

The first time it really sank in how bad the word “queer” used to be was when my dad told me that when he was young, kids would play games like “Kill the Queer.”

Since I’d lived in such a sheltered and mostly accepting community, I hadn’t experienced much discrimination. Logically, I knew there were other people out there that were being kicked out and beaten for their identity, but this time it hit me that I might have to actually fight for being myself.

Everyone has probably heard someone say unironically “that’s gay” at something they don’t like, but the LGBTQ+ community took that term and changed the connotation of it so that people could actually identify as gay. I feel like it is a symbol of our power and strength as a group when we’ve claimed a since derogatory word for our community and changed the meaning.

If that’s the case, shouldn’t we take back every word we can because since its describing us, shouldn’t we control what it means? Shouldn’t we try to change the meaning of all the other words like faggot, dyke, homo, sodomite, tranny, she-male, shim, etc.?

The really sad part is that it has to be a group effort and it takes time for this to happen. An entire community isn’t going to be able to change a word unless someone starts that movement.

That person is likely to face ridicule from the rest of the community for using a word that has always been thought of as slander against the LGBTQ+ community.

So many things have to work perfectly together for all the discriminatory words to change their connotations. Unfortunately, I doubt I will see any of this happen in my lifetime.