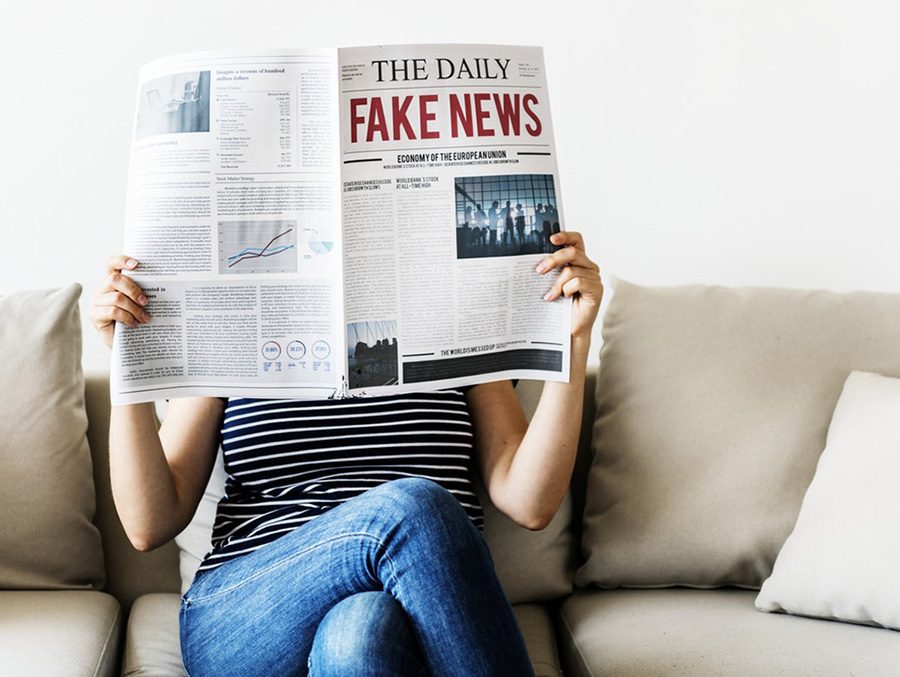 The biggest problem with modern media is that when severe phrases are used to describe situations not worthy of their strength, they lose their meaning. “Fake news” is no exception. Its definition of the falsification of news has been completely forgotten. Buzzfeed is a confirmed falsifier of news.

It’s impossible to find an unbiased news source. CNN swings left, while Fox News swings right. In an ideal world, you would be able to get reliable news regardless of what your source is and where your political preferences lie, because news is news.

But news is always written from an angle, and ever since the wild election of 2016, the stories reported by news media have been so biased to the point where it seems liberal and conservatives are writing entirely different narratives, when in fact, the subject remains the same. Trump and other conservatives turn away at any mention of CNN and Stormy Daniels, while liberals scoff at Fox News and make Instagram memes about Trump.

Regarding the news media and their vastly different reports in pursuit of their own political agenda, Trump points both of his tiny index fingers at CNN and cries, “Fake news!” to the point where his shouts go unanswered by no one except the most right-leaning of conservatives.

At this point in time, he overuses “fake news” to the point where it joins “build a wall” and “make America great again” in being a phrase solely associated with him. It’s been codified in the American brain as two words to be immediately dismissed, because Trump tends to say a lot of things he has yet to deliver.

Until May 9, 2018, nobody actually knew what “fake news” was, if it was falsified information or information that painted Trump in a negative light. On the tweet sent that day, he states, “[…] 91% of the network news about me is negative (fake) […]” confirming that the term coined by him simply means ‘news that makes Trump look bad.’

But let me turn your attention to actual falsified information.

The culprit is Buzzfeed, the left-wing platform created in 2006 for the sole purpose of tracking viral content, which evolved into creating viral content. And lately, they haven’t been doing so well. On August 2, 2016, the first video vlog by an ex-employee titled “Why I Left Buzzfeed” appeared. Since then, there’s been a massive wave of the most popular Buzzfeed employees leaving the company for various reasons.

In an effort to curate viral content that will spark the sympathies of the pro-immigration liberals on Instagram, Buzzfeed posted a distressing image taken from a security camera at a gas station, featuring a sobbing pregnant woman and a man getting cuffed. The headline reads, “ICE Officers Arrested A Man Driving His Pregnant Wife To The Hospital For A C-Section.”

But what Buzzfeed presented is not the full story. It’s misrepresentation of the information given. It’s falsification for the purpose of eliciting widespread rage at the ICE. It’s a lie engineered to promote their left-leaning political agenda.

According to Time Magazine, the expecting father was detained for homicide in Mexico. He was a fugitive on the run. And as part of America’s extradition agreement with Mexico, the fugitive was to be arrested as soon as possible.

The fact that he was a fugitive makes a massive difference in eliciting the sympathies of the audience, and Buzzfeed was indeed painfully aware of this. They also wrote an article with the same title on the same subject, and only there do they include this important fact.

Buzzfeed withheld information from their Instagram audience, knowing it would completely warp the message would send to its audience. Instead of getting a story about the government’s protection of its subjects from foreign fugitives, we get a story about the devastation that results from Trump’s enforcement of his anti-immigration laws.

Trump has warped the definition of “fake news” by fitting its definition into his agenda and tossing around the phrase so often that everyone has learned to disregard it. The biggest problem with modern media, Trump included, is that when severe phrases are used to describe situations not worthy of their strength, they lose their meaning. “Fake news” is no exception. At its very core, it’s the falsification of news. Buzzfeed is a confirmed information falsifier, misrepresenting it to its audience.