OPINION: Stopping the hate before it’s too late

How should we respond to “Having a ‘genital preference’ is transphobic”? 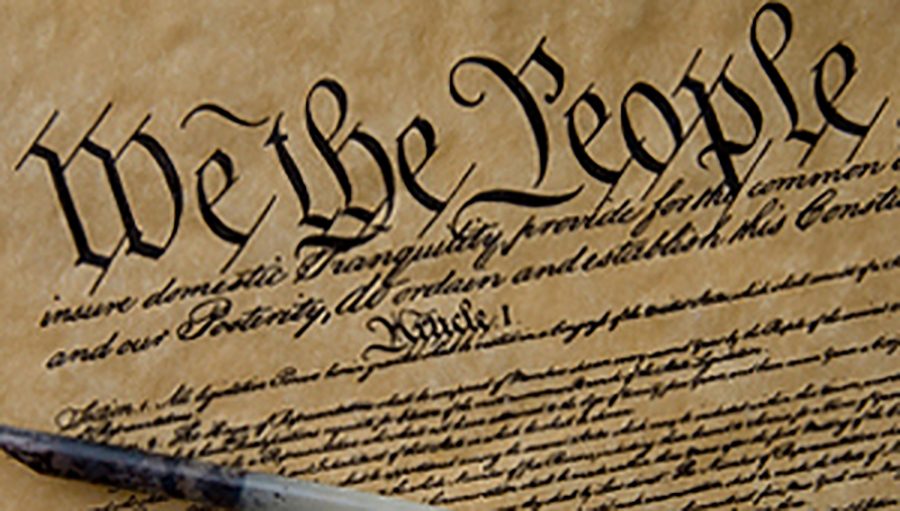 After all the backlash to take down Abri Hausman’s story, “OPINION: Having a ‘genital preference’ is transphobic,” it is time to remember the Constitution. In this document, the first amendment gives five undeniable freedoms, including the freedom of the press.

I decided to write something outside my comfort zone of news and features because of recent events at Starr’s Mill. At this point most have heard about Op-Ed Editor Abri Hausman’s piece, “Having a ‘genital preference’ is transphobic,” and the debate regarding The Prowler choosing to publish it. Before I continue, understand I personally disagree with the contents of the story for I find the story was not factual. The story was offensive. The story deserves all the disagreement in the world.  However, I also believe that the story needs to be kept on The Prowler.

I think the biggest lesson I’ve learned from this is how quickly our community would give up our freedoms. That might sound harsh, but consider this — people wanted Hausman’s story off The Prowler because it’s offensive and doesn’t align with their beliefs. Ultimately, that’s the reason why, because most people would support an opinionated piece if it aligned with their side of an argument.

But here’s the kicker: we have become so accustomed to news providers who insert their opinion and bias into factual news stories that we can no longer distinguish between real news and an opinionated article. News shouldn’t be biased toward an opinion. It is supposed to be just the facts, plain and simple. However, both the Left and the Right can and should be represented in the editorial section. The rest of the paper is just the facts.

And that is exactly what The Prowler is doing. We report the facts in the majority of the paper. The exception is the opinion section, and the best part is anyone can submit an editorial on anything. If a person feels Hausman was incorrect, submit a story expressing that. It’s a person’s legal and protected right to do so.  People already have.

“Congress shall make no law respecting an establishment of religion, or prohibiting the free exercise thereof; or abridging the freedom of speech, or of the press; or the right of the people peaceably to assemble, and to petition the Government for a redress of grievances.”

For my less history-minded friends, this is the first amendment. It was written by James Madison in 1789, after the anti-Federalists only agreed to ratify the Constitution if it and nine other amendments were added to the document. This one sentence simply stated that the American people should have some basic freedoms that could not be taken away. Those demanding or threatening for The Prowler to remove this opinionated article are also asking that one of those freedoms be taken away.

The Prowler is primarily funded by many great business and community members. I have heard The Prowler may face boycotts and loss of funding if we keep Hausman’s story posted. But think about if we take it down — we just gave away freedom of the press. What would that say about our school and our community?  We just voluntarily gave up our freedom because the masses were mad. And if we give in that easily, then what does that say about the future of this country?

As students, we are told we are the future. We are told our response to controversy matters. Should we really silence everyone who does not share our opinion? Of course not — the Constitution is not there to divide us, but to protect us.

People can continue to protest the story, boycott The Prowler, and demand that story be removed from the paper. But think about the consequences before posting another comment about deleting the story. Because today, it is one student’s story, but what will it be tomorrow? The press? Free speech? All 27 amendments?

Most know me as a kid who is pretty quiet in the classroom, and doesn’t have an opinion all that often. I felt the need to say these things—which are my opinions, and mine alone—because I like living in a nation that can say “where freedom rings,” but I fear for the future if this is the direction we are headed.

So I now leave it up to you. Will you continue your protests and petitions or will you respectfully disagree with Hausman’s opinion and state your own? It’s a simple choice, but a very important one. The choice is yours.