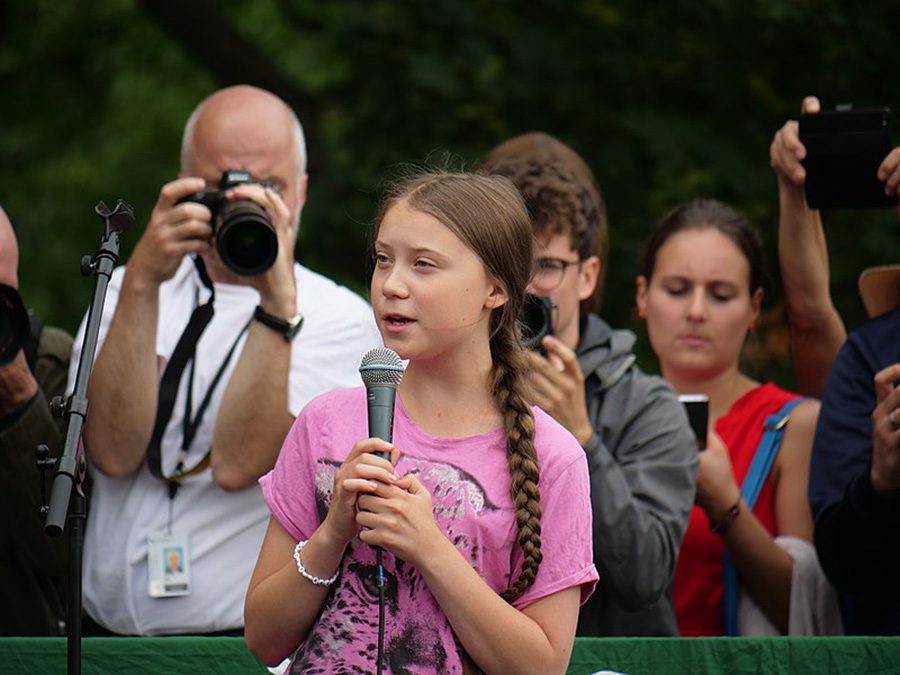 Greta Thunberg is a perfect example of how impactful young people’s voices can be if they speak up for what they believe in and show that they truly want to make a change in the world, regardless of age. The rest of the youth needs to realize the power they possess and that they already have everything they need to begin changing the world for the better.

Over the past few days, the entire world has been talking about Greta Thunberg and her speech at the United Nations Climate Change summit bashing the older generations for turning a blind eye toward the already severe and worsening state of climate change.

Why exactly has this young climate change activist from Sweden gained so much global attention recently?

Thunberg has been able to prove exactly why the voice of the youth matters.

She has turned so many heads due to her calling out adults on their ignorance of climate change through not writing the usual positive, sugar-coated speech that most 16-year-olds would be expected to give in front of people two or three times her age.

Yes, you read that right. The girl causing so much uproar from grown Republican men and inspiring fellow climate change activists is not even old enough to go see R-rated movies in theaters.

Thunberg has not been wavered by the backlash faced from angry far-right activists both from the United States and Europe, proving that maturity has nothing to do with age.

Instead of waiting for adult professionals to do something about it, Thunberg took matters into her own hands and made sure that the world would hear her powerful voice. This is a perfect example of why we young people need to do the same.

The youth needs to realize that if they want to see a change in the world, it begins with them. Greta is a perfect example that no matter your age — she is sixteen– and no matter your disability — she has Asperger’s Syndrome — you can stand up for what you believe in and make a difference in this world.

And she is not the only young person taking a stand. Nineteen-year-old “Black-ish” star Yara Shahidi began a partnership with the Young Women’s Leadership Schools called Yara’s Club which discusses subjects such as social issues and how to create more educational opportunities for those living in poverty.

Shahidi has been using her voice for many years. At the mere age of 15, she was already making interviews with The New York Times, discussing her role as not only an actress, but also a full-time activist speaking on self-empowering, feminist, and educational issues.

“I’m filming nine and a half hours a day five days a week, but whenever I have a free moment, I’m talking to the U.N. or working on how to get Yara’s Club launched,” Shahidi told them. “Giving back is not just something you do as an adult.”

Another perfect example of powerful youth using their voices to make a change is the leaders of the #NeverAgain movement.

Jaclyn Corin, Emma González, David Hogg, Cameron Kasky, and Alex Wind were all still high schoolers when they began taking action on speaking up for the prevention of gun violence after surviving the horrific Parkland shooting. They have toured nationwide, given countless amount of powerful speeches, and led many marches all pleading for more gun control.

Thunberg. Shahibi. Corin. Gonzalez. Hogg. Kasky. Wind. These are all the names of young teenagers that have inspired and gotten the attention of hundreds of thousands of people globally because they spoke up about issues that they knew needed to be brought to light.

These children did not sit around and wait for the grown-ups to do all the work. No, these children recognized their potential and made sure people heard what they wanted to say.

This is exactly what needs to happen with every young person — realize that that change can start with the youth, that their voices are just as powerful and meaningful as others, and that all it takes is speaking up for what you believe in.