An open letter from a second semester senior 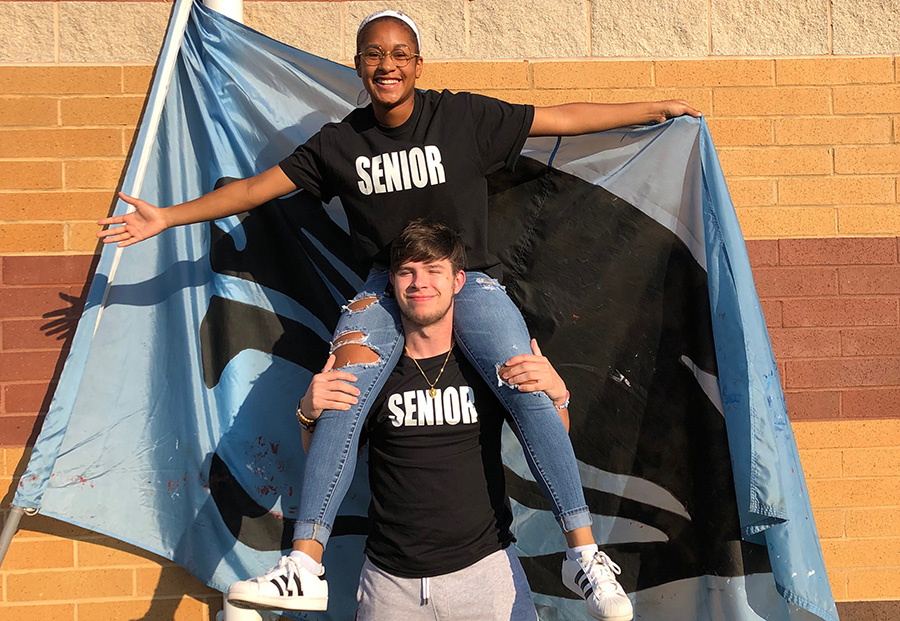 Starr’s Mill seniors are beginning to face the reality that they are missing many of their last chances in high school. Senior Chloe Spradlin reflects on the lost time of her second semester due to the coronavirus.

So this whole quarantine situation… it sucks. Bad, like, super bad. Despite how much we’ve complained about school and not wanting to be there, I’m sure we would all take back our words if we had known it would mean an entire pandemic would take over the world.

When we said we wanted school to be out, we meant a day where it’s expected to snow so we take safety precautions, but it ends up being 70 degrees and beautiful outside. I’m sure it drives the school board up a wall when that happens, but in the end, no one is really complaining about a day off. But this is different. This isn’t a day off. This is the opposite of what we asked for.

I’ve entered day seven of quarantine, six days since I’ve seen any of my friends (you can thank my mom for that one), and day five of online learning. As I’m procrastinating my forensics lab, I get a message from one of my favorite people in the school, Daniel Stackhouse. He says he wants me to tell him a little about what I’ve been doing to pass the time so he can write for The Prowler. I then open up Google Docs and start typing away about what most of the school probably hasn’t even thought about — the seniors.

Three-fourths of the school is worried about their AP exams, or maybe even enjoying sleeping in and simply not being at school. But not the seniors. There are just over two months — hopefully two months, COVID-19 might have other plans — left until we walk across the stage at Panther Stadium, and look at our parents smiling as Principal Allen Leonard announces our name to the world as an official high school graduate.

Between now and then there is so little time with so much left for us. Our senior prom, our senior walk, the very last week as a Starr’s Mill Panther, and much more. While three-fourths of the school is counting down the days until summer, the remaining bit of us is sitting here, just hoping that everything that we have looked forward to since we’ve entered high school won’t just fade away like dust. We’ve watched the classes of ‘17, ‘18, and ‘19 get their senior year, we can’t be stuck waiting for our chance.

Usually, when you hear the words “second semester senior,” it’s followed by “laziness,” “unmotivated”, and “just waiting to leave.” While that may be true to some extent, one thing that is always left out is “last chance.” I’m not making a “High School Musical 3” reference when I say that, but Troy was right when he sang “Now or Never.”

Seven-and-a-half semesters gone and this is your last chance to make it unforgettable, whether that’s winning state, branching out to do something unexpected, or even just living life like you could die the next day.

This all may sound really stupid and cliché to underclassmen, but I know my seniors get it because no matter how cliché it sounds, it’s real. This is it. It’s the last chance to be a teenager, or be a kid.

The next step we take is into the real world, and it’s coming whether you’re ready for it or not. Time never stops and it’s up to us to do something about it. The reason why I’m writing this, however, is to show everyone that this time is being taken away from us. The coronavirus is killing our last chance to make something of our childhood. The last chance we have is drifting away by the second, and it’s not even in our control.

If there is a senior in your life, give them a hug and tell them you care, because it hurts more than you would ever think that we can’t spend these last moments walking the halls, complaining about that last FRQ we bombed, or stressing about what we’re going to wear to prom. Underclassmen, learn from this when you’re in our place. There’s not that much time left, don’t waste it.