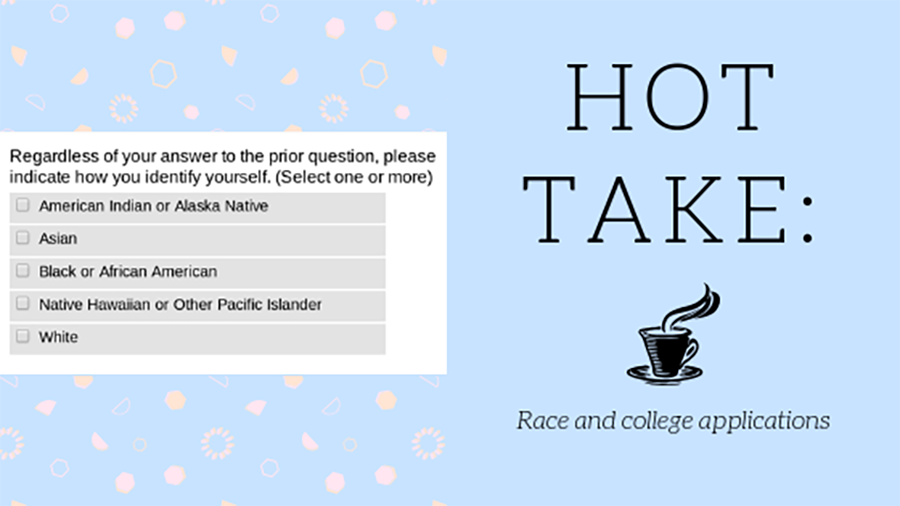 The demographic tab on the Common Application for colleges has a question to select what race you identify as. Colleges will not decline your application based on your race, so there's no reason to lie and exploit minorities in the attempt for a personal gain that will ultimately be detrimental.

Here’s a hot take: even if you are genetically part of a minority, don’t select you are that minority in college applications unless you actively practice those customs and that minority is part of your identity.

Colleges just want to show they are diverse and inclusive because that’s what decent human beings want to see when applying to a college. If you want to make yourself more “desirable” then you should be the kind of person that doesn’t use minorities for their own advantage.

Colleges only want a record of what minorities are attending that school. They don’t look at that information to reject people who aren’t minorities, but to learn where they need to start promoting their college so that in the coming years they will have more minorities.

Then there are people who want to cheat the system that’s not even in place to hurt them. These are the people who may only have one great-great-great-grandparent that was a minority, and they decide to select that they identify as that demographic.

Let’s make this clear: you should not select a demographic if you do not actively practice those customs or experience that prejudice.

Yes, there are people who are “white passing” where they look white and take advantage of white privilege, but they have a connection with their heritage and it’s a part of their personality. That is perfectly fine. It’s not fine when you have white privilege and then you choose to use some distant relative to “score some minority points” on college applications.

And while we’re on the subject, this also applies to scholarships. Don’t be that white girl who applies for a scholarship for black women because you’re “basically black” because that’s called lying and is frowned upon by colleges and organizations trying to be generous and give thousands of dollars for an education to someone might not be able to get one otherwise.

You can’t just pick and choose what privilege you want and what adversity you want to avoid. The most you should do is select “prefer not to answer” because it won’t change the demographic reports of the school and you aren’t exploiting a minority for your own personal benefit.

So don’t select a minority demographic even if it’s “technically true.” And if you do, you should also be taking on all the discrimination and safety concerns that comes with that minority. Oh and go ahead and cut your paycheck for the rest of your life, too. Maybe go and donate that extra money to advocacy groups trying to help all the people you just exploited.