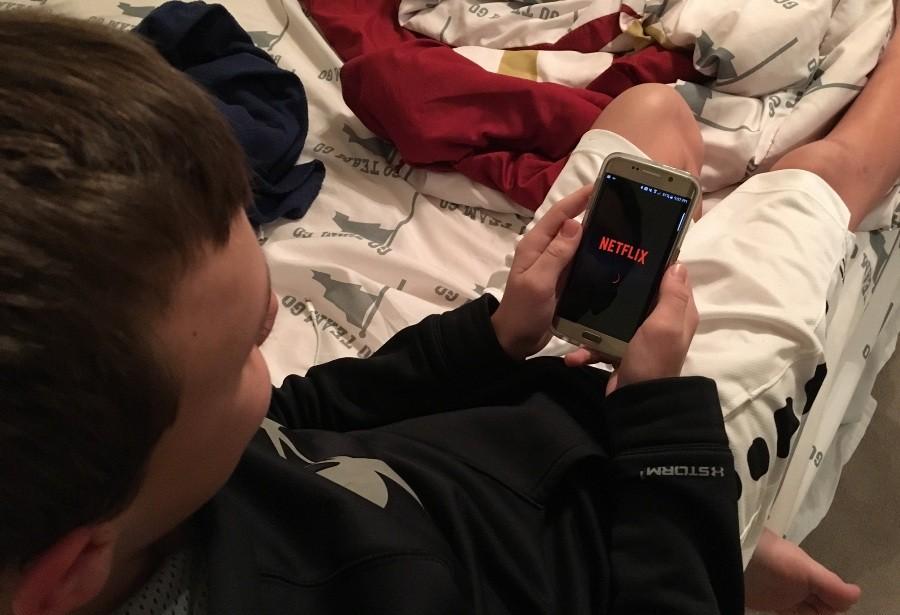 Students transition from cramming for tests during the school year to cramming in episodes of their favorite television series as soon as the break begins.

I am known for my laziness. If there is no work to be done, I inevitably find myself lying in bed and opening my computer to Netflix with no recollection of making that decision. Could I be doing something productive?

Of course. I could be doing any number of fulfilling activities like hanging out with friends, working on AP classwork or doing something equally enlightening. Yet here I am, making popcorn for one and practicing staying immobile for as long as possible.

Throughout the semester break, I refined my binge-watching skills instead of making any sort of effort at all. Go outside? No thanks.  It’s cold, and exercise isn’t appealing. Should I read a book? Good offer, but that requires me to use up brain power that I’d rather save for school.

Most nights, I stayed up until one to two in the morning, stretching out the day so I could fit in as many “Grey’s Anatomy” episodes as possible. And when I stay up late, I sleep even later in order to receive the full nine hours every teenager should have according to Nationwide Children’s Sleep in Adolescents.

It’s hard to find motivation to change out of my pajamas when I wake up at 2 p.m. I have no interaction with the outside world, so I just sport fuzzy pants and old t-shirts when I emerge from my room long enough to get food and go to the bathroom between episodes.

However, when school begins, no laziness can be involved. During the week, there is no time for Netflix binge-watching and no option to stay in comfy pajamas for hours. The school routine forces me to amend my sleep schedule as well.

If I was to go to bed around one to two in the morning, I would walk around the campus like a zombie, desperately searching for a soft spot to lay down in the rigid classrooms. As it is, waking up for school takes multiple alarms, and sometimes I still end up rushing to get ready.

But it’s not just the mornings that are difficult. After school, I want to veg out and– of course– watch Netflix. Instead, I work through the mountains of homework that obstruct me from doing my preferred activity of laying around and eating.

Routines are designed to keep me away from the excess hours of doing nothing. It helps me focus on school and what really matters, my education. My typical school routine, coming home, doing homework, and going to bed, distract me from my Netflix account long enough to allow me to actually get some sleep and be productive.

However, I am not fond of routines. Over the weekends, I still make time to watch the episodes that I missed and go to bed late without a routine conquering my mindset. When Monday rolls around, though, I set all my alarms and force myself back into the routine.

In the end, I– like everyone– succumb to the monotony of routines to be a productive human being, but I would pick doing nothing and watching Netflix over doing homework and waking up early every time.