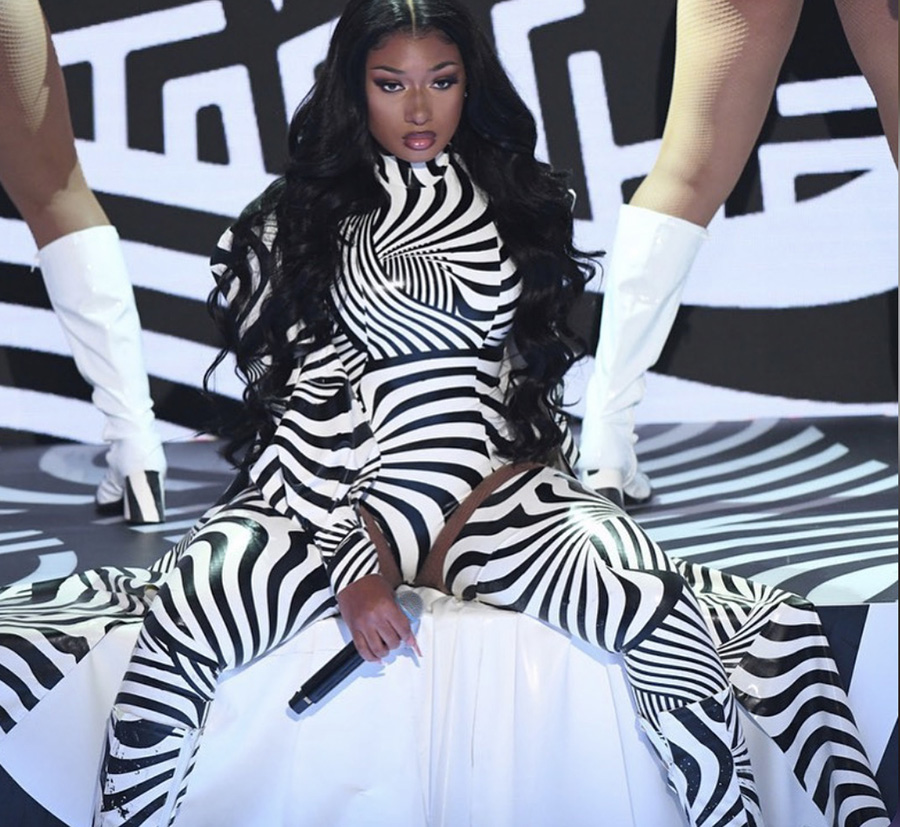 Megan Thee Stallion on stage at the season premiere of Saturday Night Live’s 46th season. She used this platform to entertain while also discussing real issues close to her heart.

Megan Jovon Ruth Pete, better known as Megan Thee Stallion, has had a successful year, including performing as the first musical guest of season 46 of “Saturday Night Live” on Oct. 10.

Pete has already had two songs this year reach number one on Billboard’s Hot 100 in the US, “Savage” and “WAP.” “WAP,” which she featured on for Cardi B, is number three currently on the Hot 100 after being released two months ago.

It is a common theme for Pete to empower women in her music. In her earliest EP, she talked about not taking crap from any man. I took “WAP” to be an empowering anthem for women. It takes two very successful female rappers, and they rap about one of the most taboo subjects in the music industry for women — sexuality. They just stomped on slut-shaming and disapproval of men on women for embracing their sexuality.

Most recently she took this platform given to her to talk about a subject even bigger than gender, racism. Her performance on the season premiere of SNL is going to be one of the most remembered.

In the middle of her performance of her hit song, “Savage,” Pete called out Kentucky Attorney General Daniel Cameron. Cameron was the decision-maker in the Breonna Taylor case who did not press charges against the cops who killed Taylor. Pete had gunshot sounds projecting while she plastered the words behind her using Tamika Mallory’s audio comparing Cameron to a sellout who sold more people into slavery.

After saying what needed to be said about the Breonna Taylor case, Pete directed her performance toward black men and women. She demanded their protection and spoke about how important her race is.

“We are tired of seeing hashtags of our black men,” Pete said.

Stallion is not only an inspiration to women, but to all. This performance proved how she uses her platform to discuss real issues, not just empowering women, but men, too. She takes what she is given so she can give more, and for that she is absolutely inspiring.