“Feed” your need for teen drama 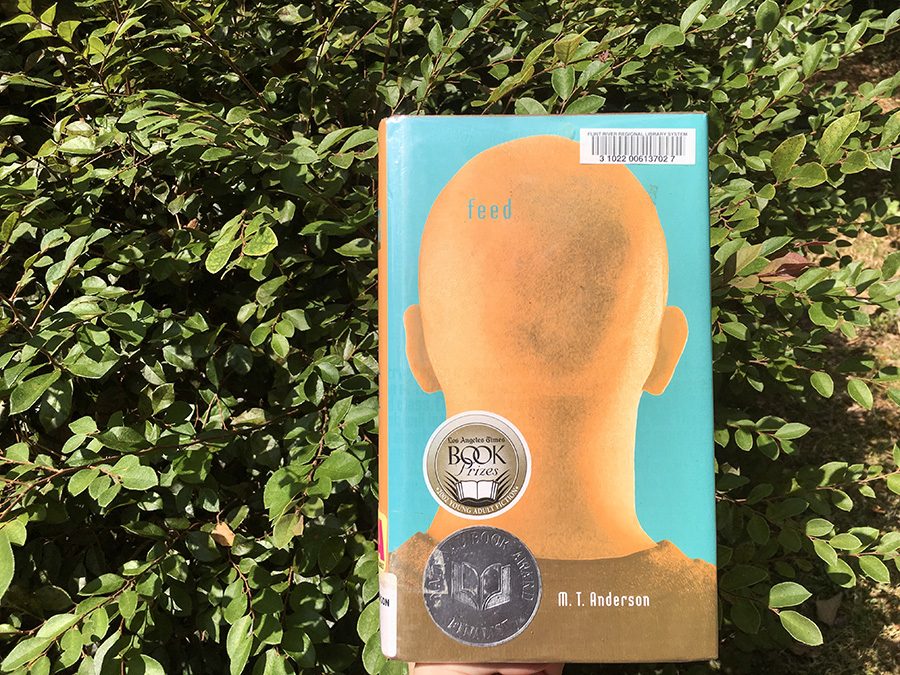 M.T. Anderson’s young adult dystopian novel “Feed” focuses on two star-crossed lovers trying to stabilize their relationship despite their opposing views and unsupportive friends and family. While the dialogue may come across as immature, it provides insight into the minds of teenagers.

M.T.  Anderson, the man who has written everything from children’s books to satirical young adult novels, tells the tale of star-crossed lovers in his 2002 National Book Award Finalist, “Feed.”

In a world where a majority of the population has the internet implemented into their brains, a program known as the “Feed,” original thought and basic human abilities have seemed to diminish. For teenager Titus and his friends, however, they couldn’t care less about the impending doom of society as long as they could have a “meg awesome” time on the moon.

That is until a hacker taps into everyone’s Feed at a nightclub, rendering everyone’s Feed unresponsive for a few days. With empty thoughts, Titus resides in the hospital until his Feed is back online. Here he meets Violet, another victim of the hacker incident the previous night.

Violet and Titus hit it off and soon after label themselves as a couple, which causes backlash from their friends and family. Violet resents the Feed and wants to resist it, while Titus has relied on the Feed his entire life. Their opposing views cause disputes that challenge their relationship and the foundation it is built on.

The first time I read this book, I absolutely hated it. I didn’t like how the characters talked, saying “like” every other word, every other sentence started with some form of a swear, and the characters had slang that I couldn’t keep track of. The characters acted as if nothing mattered. All they cared about was who was with who and what clubs they could sneak into without their ID’s.

Though the second time I read “Feed,” that’s when it hit me. These characters are teenagers, so Anderson wrote them with actual characteristics and qualities teenagers have. He crafted these multi-dimensional characters so precisely that at some points in the book, it felt like these characters were real people going through real-life situations.

Plot-wise, this book is beautifully written. While the content sometimes seems immature, it is important to keep in mind that the entire story is from the point-of-view of a teenage boy trying to keep his love life intact. Sure, clichés are bound to happen, but it is not overdone.

The structure of the overall book is genius. Chapters change between the actual story to the advertisements the users of the Feed will see, top-charting songs that get thrown their way, clickbait articles, news clips, and even algorithm-curated products.

By writing a painfully realistic novel, M.T. Anderson creates a fictional world that does not seem to be too far from reality.