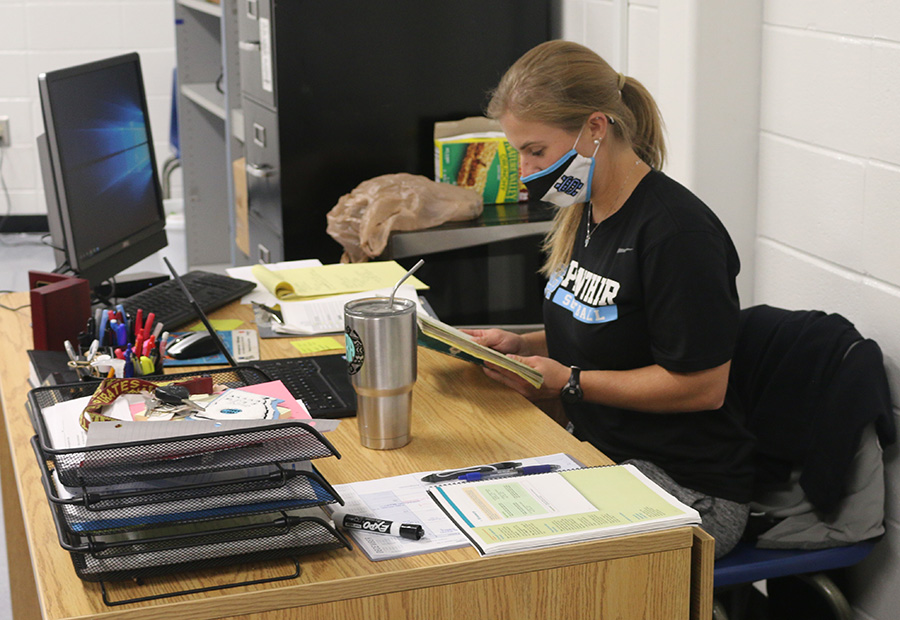 “It really makes me question why I coach the way I do, how my players look at me when I’m coaching, and what my players get out of playing for me,” Dean said.

In this book, Ehrmann reflects on his years as an athlete and coach. He shares that coaches are often some of the most influential people in a young person’s life and offers tips for coaches to use their influence to help athletes develop character and virtues.

“I’ve always been a huge believer in coaching more than just the X’s and O’s,” Dean said. “I was searching for different books, and I found this one and liked it.”

Ehrmann played football for Syracuse University and the Baltimore Colts, and later became interested in coaching. Ehrmann has been named “The Most Important Coach in America” by Parade magazine. He now leads the InSideOut Initiative to encourage education-based and character-based coaching.

“I would definitely recommend it to coaches, but I think it can be translated to an academic teacher who isn’t necessarily a coach but likes sports and can relate,” Dean said. “The book tells you that coaches are probably the second most influential [adult] other than parents to kids, but I think teachers can be right along there with them too.”

“InSideOut Coaching” takes coaches of all sports on a journey to become transformational rather than transactional. Having a coach that values character development can be vital to an adolescent athlete’s performance and growth.