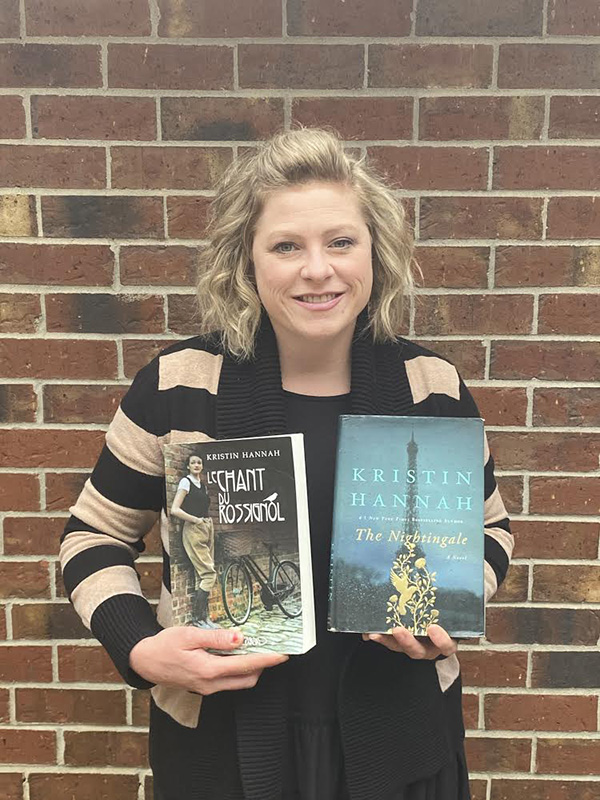 French teacher Jill Snelgrove read “The Nightingale” by Kristian Hannah. The realistic-fiction book is the story of two sisters in France during World War II.

“I’ve always been interested in World War II,” Snelgrove said. “It was interesting to get the perspective of what it must have been like for French women.”

“The Nightingale” follows two French sisters during World War II who work for the French resistance without the knowledge of the whereabouts of the other. It highlights their individual journeys with the resistance until they are finally reunited.

“I originally listened to this as an audiobook on a trip, but I loved it so much that I bought the actual book to read, along with a French copy,” Snelgrove said.

Kristian Hannah is an American author. Some of her other books include “Winter Garden,” “Firefly Lane,” and “The Great Alone.” She won the Goodreads Choice Award for Best Historical Fiction in 2015 and 2018.

“I would recommend this book to anyone interested in World War II,” Snelgrove said. ”It’s my go-to when someone asks about a good read.”