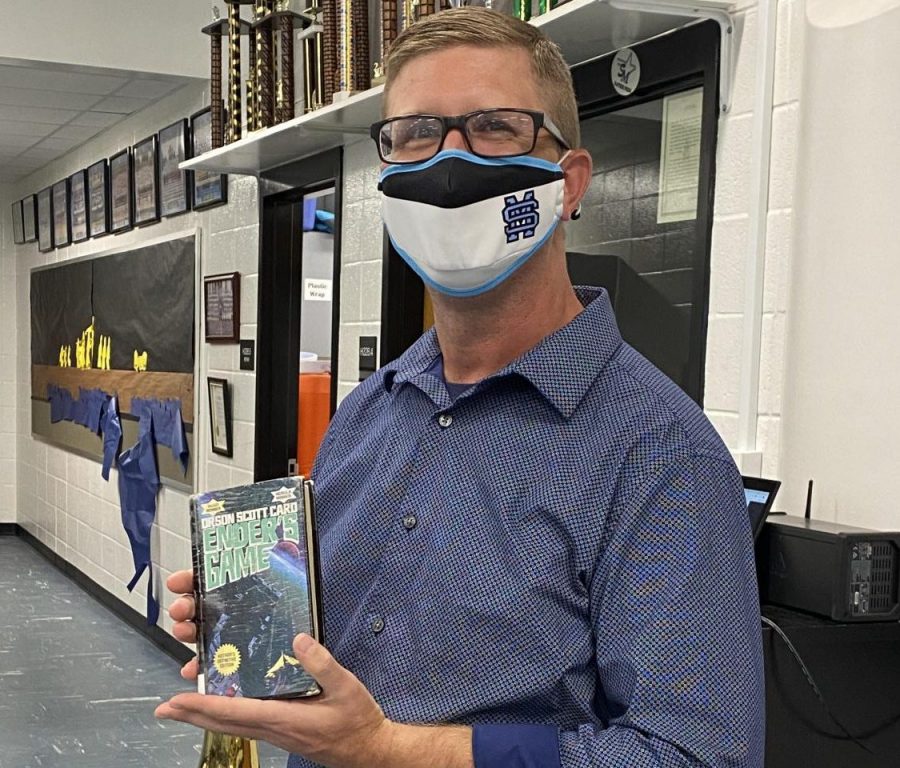 Assistant band director Bert Groover holds his favorite book “Ender’s Game.” He enjoys reading about the characters and the storyline that takes place in outer space.

“I like the fantasy of it all, the being in space, the traveling in space, and the detail he provided with his character,” Groover said.

“Ender’s Game” is about a young boy named Ender Wiggin who was recruited to go to a training academy that floated in orbit above the Earth. In this battle school he attends, he and his teammates train to take down the alien species invading Earth called “Buggers.”

“The sequels of ‘Ender’s Game’ in a way made me reflect on how I view other people and how I treat other people,” Groover said. “The way they see other cultures with a very accepting and opening view impacted me.”

Orson Scott Card is best known for his science fiction books. He earned his master’s degree in English from the University of Utah in 1981. He then went on to publish  “Ender’s Game” in 1985.

“Ender’s Game” is a science fiction book that allows the reader to interpret or apply the book in a variety of ways.