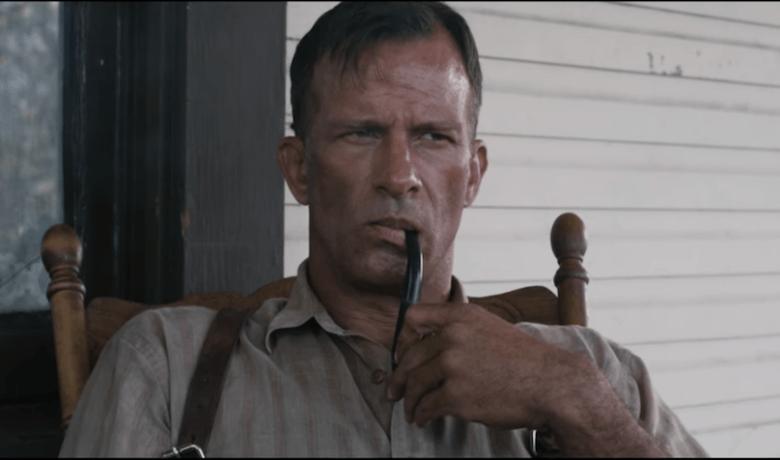 Nebraska Farmer Wilfred James contemplates murdering his wife in Netflix’s new movie “1922.” Based off of Stephen King’s novella, this dark and maniacal story is told brilliantly on screen.

How far would you go to keep what’s yours? Would you be willing to kill your significant other, just to keep your life and your home? In Netflix’s new film “1992,” Nebraska farmer Wilfred James would answer “Yes.”

In the year 1922, Arlette James (Molly Parker) inherits 100 acres of farmland in Hemingford Home, Nebraska. Her husband, Wilfred (Thomas Jane), wishes to add the land to their 80 acre home and continue the farming life. Arlette, who hates farming, wants to sell the land and move to Omaha. Naturally, to resolve the conflict, Wilfred plans and carries out Arlette’s murder with the help of his son, Henry (Dylan Schmid). Surprisingly, this grisly event is only the opening act of a dark and haunting story as Wilfred will quickly realize that his darkest secret refuses to stay buried.

Written and directed by Zak Hilditch (Director of “These Final Hours”), this Netflix original movie is based off of the Stephen King novella of the same name. It’s no surprise that a story centered around murder and reanimated corpses would be straight from King’s imagination. What is surprising is that Netflix was able to tell this story without any gruesome detail removed, while still creating an enthralling and entertaining viewing experience. Unless a farmer murdering his wife isn’t your preference, of course.

The majority of this film is centered around the actions of just three people. The actors and actress portraying these three characters ultimately decided how good of a movie “1922” was going to be.

Thomas Jane, for example, plays the story’s narrator and main character. If his performance wasn’t his best, then there wouldn’t be much to enjoy from this movie besides some beautiful shots of the Nebraska plains and a killer soundtrack. Fortunately, Jane plays a dark, brooding, and murderous farmer in all the right ways for this film.

Most impressive is his raspy, 1920s style accent that he dons for “1922.” If at any point it sounds like he’s speaking without unclenching his teeth, that’s because he is. Dylan Schmid and Molly Parker are both wonderful members of this cast as well. Overall, their performances serve only to improve the quality of this movie.

“1922” as a film is relentless in its ability to set the perfect dark and serious atmosphere whenever necessary. Mike Patton, who composed the musical score for this film, deserves immense praise for his work here.

From the opening shot to the final credits, his music will set viewers on edge. Combined with the scenes in the movie that take place in the night, the music will craft the perfect tone for the given subject matter. Even during daytime scenes, the tension is present, all thanks to Patton’s work and the performances of the cast.

The only warning that should accompany this review is that viewers will be coming face-to-face with multiple corpses in this film. Nothing is held back, and even though “1922” is a thriller and not a horror film, there’s a reason it has a TV-MA rating.

That being said, it’s for the best that nothing is held back. Death and murder aren’t subjects that should be taken lightly. “1922” is a tale of conspiracy, insanity, and despair. Viewers won’t walk away happy, nor should they. The grisly events of this movie serve as a warning and a promise: sooner or later, we all get caught.

In a world of over-the-top blockbusters and too many sequels, prequels and reboots, audiences should be thankful that short (just 1 hour and 42 minutes) and sweet films like this one can be made once and made right. Despite having only a handful of films to his name, Zak Hilditch has done immense justice to the original story by creating this eerie, suspenseful thriller.