‘Don’t Look Up’ looks down on social media 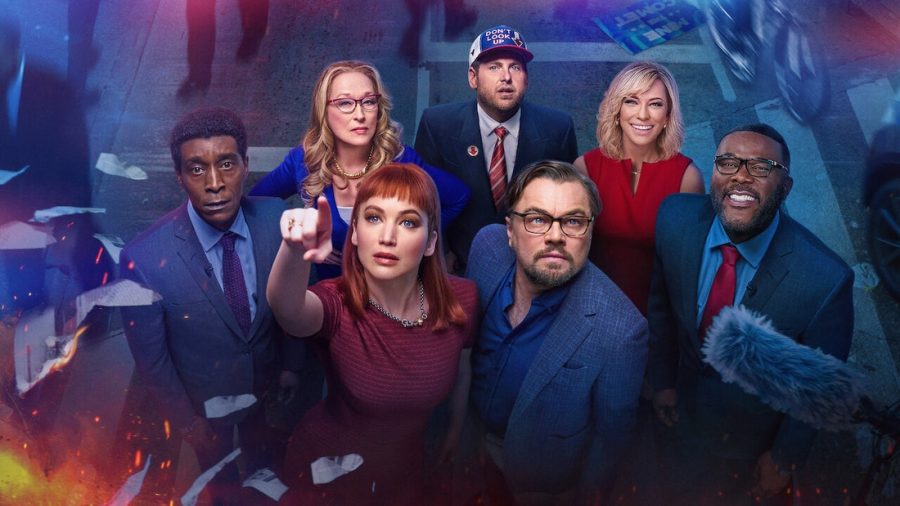 Starring A-List celebrities, the 2021 Netflix release “Don’t Look Up” has had mixed reviews from critics. Satirical in nature, the movie highlights real world issues often ignored by the government or downplayed on social media.

Adam McKay’s satire “Don’t Look Up” came out to Netflix screens on December 5, 2021, and gained a flood of commentary from media channels worldwide.

McKay tweeted the idea of a “teetering” America, and his film illustrates a reality of the population’s failure. The connections in the film with current events are astounding but obviously overdramatized to show the effects of social media desensitizing the world.

Initially, McKay’s purpose was to mock the population’s reaction to climate change, but it achieved a different effect – hitting home on the recent wave of the omicron variant.

The film turned out to be a Rotten Tomatoes failure, scoring a 55%, further proving the point that large issues are overlooked.

In the plot, there was a “political party” of individuals in denial about the earth-destroying comet hurtling toward Earth, and another one trying to profit off of the tragedy (if they survived). The division of views around the world causes unrest, paralleling mask and anti-mask movements today.

Coated in sarcasm and humor, the message of the film is dark. McKay proves how social media manages to downplay life-changing concerns and hard truths that would be convenient to ignore. The appeared flop of the streaming reflects this, with critics overlooking the underlying meaning.