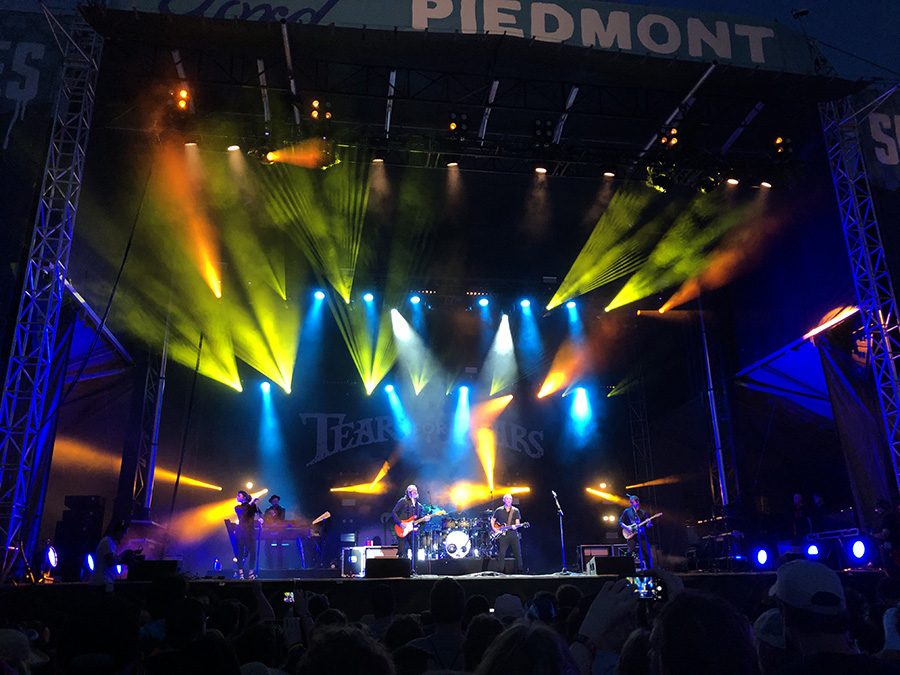 The weekend of May 3-5, Shaky Knees Music Festival came to Atlanta for the seventh year in a row. With over 30 artists playing over the course of three days, fans were left feeling anything but disappointed.

Tim Sweetwood founded Shaky Knees in 2013 to give Atlanta a proper indie festival, even though it is a majority rock music. Paired with all the indie rock, indie folk, alternative rock, and country artists playing during the duration of the weekend, this was not something music lovers wanted to miss.

After a long concert-filled day of shows one of four main headliners, Cage The Elephant rocked the crowd even with the rain pouring down. The band played at 8:30 p.m. on Saturday after being pulled up by an hour since the storms were coming in. Even with this accelerated beginning the band did not disappoint.

Matthew Schultz, the lead singer of the band, put on the most entertaining and captivating performances of the entire weekend. He made an entrance with a new song off of their new album “Broken Boy,” and this was only the beginning of an extraordinary performance.

His overall performance was an even mix of new songs and the band’s well-known classics. They did not disappoint as a headliner, and this performance was a favorite of the crowd’s even in the rain.

Grouplove is an alternative rock band best known from its breakout song “Tongue Tied.” An early Sunday afternoon act that did not fail the crowd to pump them up for the headline, Tame Impala.

Grouplove changed up the set list slightly by playing their biggest hit in the middle. This was a game changer among the crowd because when people realized who the band was it put a connection between the band and the crowd. The band finished their set with another hit, “Ways to Go,” and for Grouplove fans, this was a top tier finish.

An interactive performance by folk-pop artist Maggie Rogers made the crowd enjoy themselves, even if they did not know a single song. Rogers put on a stellar performance and she kept making it known how thankful she was to have such a big crowd at a festival like that.

Rogers has only been releasing music since 2016, and with such a beautiful voice her success is unquestionable. She’s a funky artist that will continue to grow on her releases through the next few years.

A long-awaited performance by Tame Impala ended the three days of acts. Whoever created the set list really did save the best for last with his performance lasting 95 minutes.

Kevin Parker, Tame Impala is his stage name, paired soothing and psychedelic music with lasers and colorful projected images on the stage screens. Parker even said that the visuals were supposed to be as weird and mind-bending as possible.

Although different from most festivals, Shaky Knees is a wonderful experience for anyone who likes concerts and dancing to good music. Even if you did not know a single artist, I recommend going.