‘Father of all’ Green Day albums 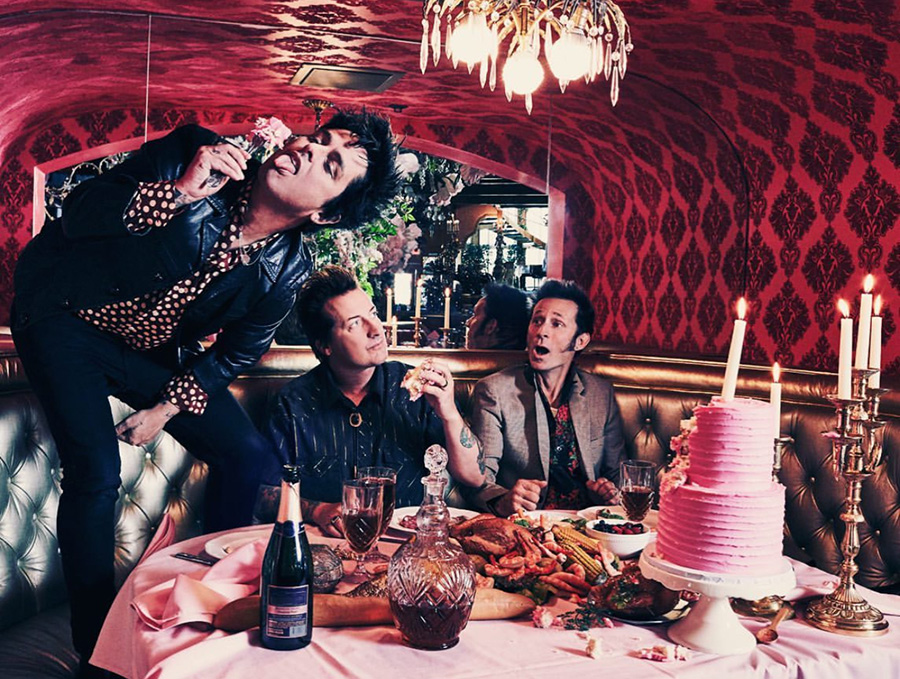 Punk rock band Green Day released their 13th studio album on Feb. 7. “Father of All…” keeps that classic Green Day sound of rebellious nature while also sprinkling in societal issues such as global warming. This album, while only ten tracks long, upholds the high standard of punk music.

Green Day made a name for themselves in the 1990s, taking over the charts with their catchy punk rock songs that served as an anthem for teens growing up in the early 2000s. One might think that the band has lost their relevance in the near thirty years they have been a band, but Green Day still remains as relevant as ever.

On Feb. 7, the band released “Father of All…,” their 13th studio album. Ten high-energy tracks perfectly describe the art of truly not caring about what anyone else may think about you. While the band is known for their moderately political albums, the members all came out and said that they did not wish for “Father of All…” to come across as primarily political.

However, all in the true nature of punk music, this album has a few songs about varying political issues such as President Trump and gun violence. Personally, the more political songs on the album are more enjoyable for me. Songs like “Oh Yeah!” and “Father of All…” take the cake for the more literal political meanings. The remainder of the songs on the album focus on self-reflection, even with a few, twisted, love songs sprinkled into the mix.

I cannot say I was surprised when this album maintained that classic Green Day sound of clean guitar riffs and heavy drums. Something I noticed right off the bat was the similarities of guitar riffs on “Father of All…” and “American Idiot,” released in 2004. It gives the album a nostalgic vibe, which makes sense considering the amount of self-reflection in the songs.

The title track of this album hooked me right off the bat with the instrumentals and vocals. Billie Joe Armstrong, the singer, and guitarist of the band starts off the song by singing in his head voice, adding a nice airy effect to the otherwise strong song. As the chorus comes around, Armstrong switches to his belting chest voice to match the intensity of the lyrics.

“Father of All…” has political undertones to it, which is one of my favorite things about the song. This song subtly alludes to global warming and climate change, an issue Armstrong has spoken out about a lot recently, including President Trump’s stance. The subtle message about climate change is implemented in a way that makes it sound normal, which is exactly what the band was going for while writing the song.

Writing the lyrics with normalized societal issues embedded adds strength to the severity of the whole situation. Referring to such issues in such a casual manner shows the ignorance plaguing society. People often glaze over the pollution on our planet, waving it off and calling global warming a myth, and “Father of All…” specifically calls out President Trump for his beliefs, or rather disbeliefs, regarding global warming.

Other than the underlying political meaning, this song also demonstrates how living with depression can affect a person. The chorus of the song refers to paranoia and the pure, unorganized chaos that suffocates a person facing mental illness. Alongside the chaos, Armstrong sings about how people will often snap under pressure when life becomes too overwhelming.

“Oh Yeah!” is the strongest song on this album lyrically. This song was like a punch to the gut with talk about the countless mass shootings that have occurred all across America in recent years.

What intrigued me the most about this song other than the gritty lyrics was the muffled effect layered over the vocals in each verse. This song, compared to others on the album, is tamer instrumental wise. However, the lyrics definitely make up for it.

If there is one thing I love, it is when bands tell a story with their song lyrics, and that is exactly what Green Day does with “Oh Yeah!” The lyrics of this song bring light to the ever-growing concern facing our nation regarding gun violence, particularly relating to school gun violence.  More specifically, the line that sent chills down my spine is “Burning books in a bulletproof backpack.”

“Oh Yeah!” can be seen as an anti-violence song as a whole with the overall deeper meaning and sarcastic tone. While the instrumentals do not necessarily scream punk music, the harsh lyrics depicting political and violence issues most definitely do.

“Stab You in the Heart” is definitely my favorite song from this album, but not because of the lyrics. The overall sound of the song gives off a 1950s rock music vibe with the Little Richard inspired guitar solos throughout the song and the belting vocals in the chorus.

I will admit, I was kind of taken aback by this song. Sure, it does keep up with that classic Green Day sound, but I was not expecting such a harsh message from this song. The lyrics to “Stab You in the Heart” are about a man catching his wife cheating on him and wanting to, as the title of the song clearly states, stab her in the heart.

Violent? Oh, most definitely. But the catchy beat and instrumentals divert from it and you may find yourself tapping along to the drumbeat, much like I caught myself doing at several points throughout the rather short song.

Green Day is one of those bands that, no matter how much time passes, will always stay true to their original sound and not let pop culture and the fluctuating trends of the music industry impact what they do. “Father of All…” may not be my favorite Green Day album, but every song on this album has already made its way onto most of my playlists.