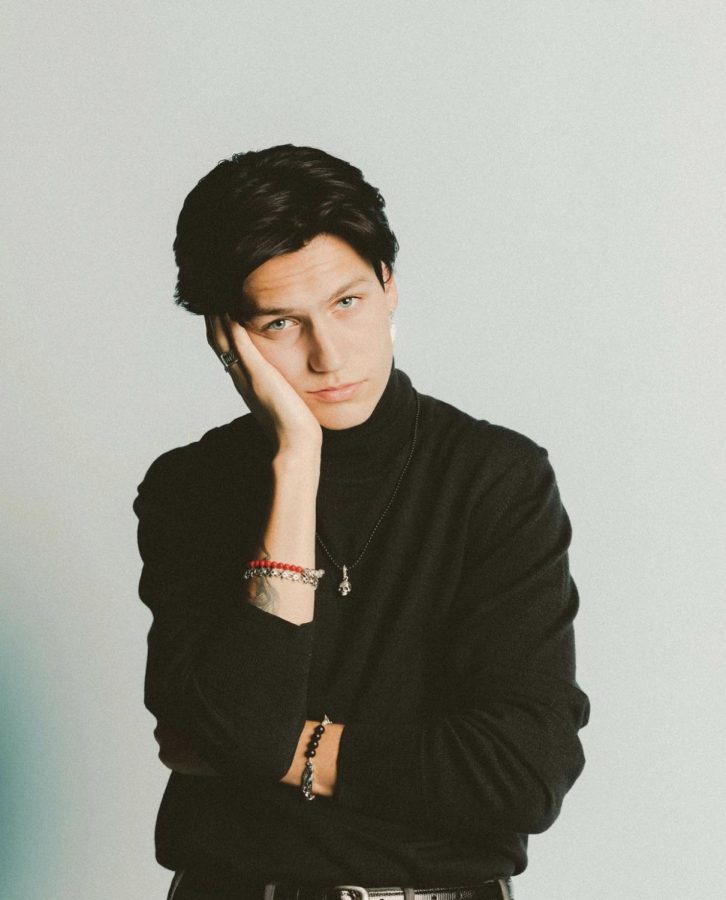 Lil Huddy, also known as Chase Hudson, recently released his first album “Teenage Heartbreak.” In the album, Hudson describes the stages of heartbreak and his own personal experiences with relationships.

High school is a time to mature and make new experiences with others. Students go through so many emotions, whether it be joyful after that A on the last math test, or breaking down from the stress of school, family, and social life.

Chase Hudson, or more formally known as Lil Huddy, explains his story of his high school experiences in his new album “Teenage Heartbreak.”

“Teenage Heartbreak” came out on September 17, 2021, but Lil Huddy released a few songs from the album before it came out as teasers. He first started out making entertainment videos on Musical.ly in 2019 and then TikTok. Hudson then started his music career in early 2021, when he first released “21st Century Vampire” in January 2021.

Some of his featured songs on the album include “Teenage Heartbreak,” “The Eulogy of You and Me,” and his newest single “Don’t Freak Out.”

In his song “Teenage Heartbreak,” he explains the story of, well, teenage heartbreak. He talks about how teens fall in love and go through everything together just to make mistakes and break up.

It starts off with upbeat drums and electric guitar, then goes immediately back down when Lil Huddy comes in with the first verse. It’s a song you can definitely rock your head to. I feel like I could listen to this in the car with my friends during summer.

One of my favorite verses in this song is “It’s a high, it’s a low, it’s a roller coaster that I ride every time that you say it’s over.” Everyone can relate to this quote since teenage relationships are all over the place.

The only thing I felt was off about this song was the bridge. If you listen to the song, you will hear the short bridge then the immediate rush to the chorus again. It was not terrible, just something I noticed and was a bit unsettling.

Other than that, “Teenage Heartbreak” is a song that can correlate with any teenager today.

Now to my absolute favorite on his whole album: “The Eulogy of You and Me.” This song is based around the demise of a relationship, mainly a toxic one. With the addicting melody and clear message, fans can really relate to the song.

I am in love with the guitar in the beginning and in the chorus. The melody of the song is simple yet compelling. One of my favorite things Hudson is doing over and over in this album is making basic guitar melodies so catchy. It is hard to do, but you know it is impressive when it does not sound like any other song.

My favorite verse from this song is “Here lies all of the lies and all of the pain that I buried inside.” The repetition of rhymes is clever and goes with the rest of the song well.

Chase Hudson is becoming a legit artist and deserves more recognition. He gained a lot of fame through TikTok, and people thought he was only good at looking at a camera and lip syncing.

As much as I enjoyed listening to his album and the story behind it, I noticed some songs sounded repetitive with the same genre and slow tempo.

Lil Huddy is still creating and putting his heart into his music career. With some small touch ups, he can hit the Billboards and make exceptional music.