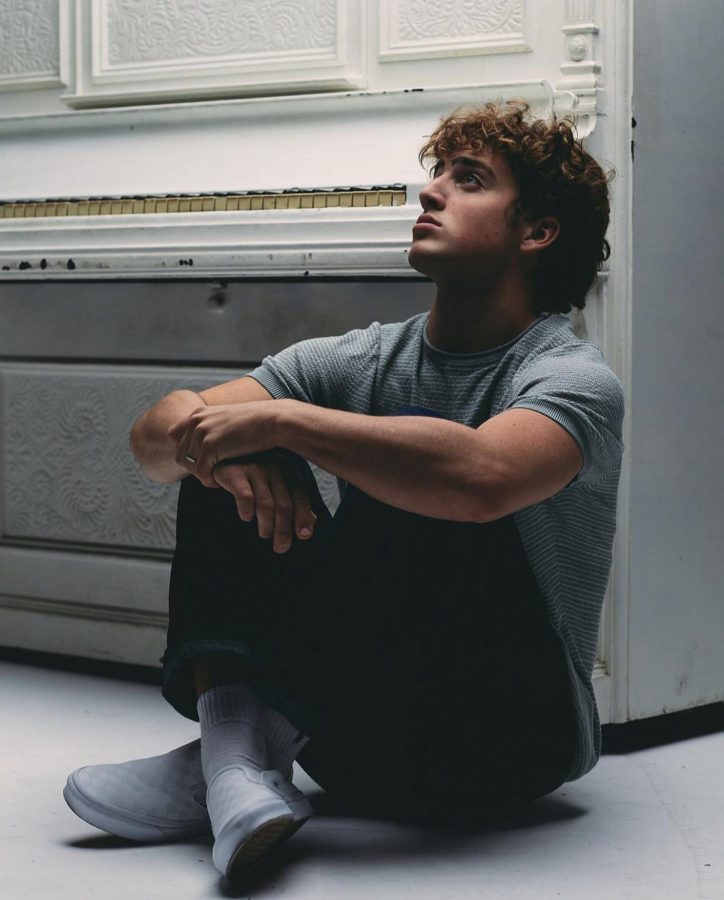 Benson Boone released his single “Ghost Town” on October 15, 2021. Boone claims the song has several meanings, including reflections of his childhood and heartbreak in his later years.

Maturing does not happen overnight. It may take years of your life to realize it is finally time to get out of that toxic relationship, or that pineapple does belong on pizza. Either way, Benson Boone’s new song “Ghost Town” displays maturity flawlessly.

From listening to the lyrics of “Ghost Town,” you would think it is about someone maturing in a relationship and realizing it is best to break up. However, that is only part of it. Boone explains that this song is actually a reflection of his personality and childhood.

He describes how during the process of writing “Ghost Town,” he was moving away from friends and family and beginning his musical journey. So not only is it a mature love song, but it is also correlated to current struggles in his life.

One thing I really enjoyed about this song was his voice. The song starts off with a melancholy piano, then he comes in with his raspy, powerful voice. I feel like I am floating above the clouds listening to his angelic tone.

One of my favorite lyrics is “Maybe loving me’s the reason you can’t love yourself.” This is such a relatable quote, especially for his younger audience. A lot of people tend to hop into a relationship without respect or love for themselves, causing the relationship to become toxic.

Boone also came out with a music video to “Ghost Town,” and I really enjoyed it. Before watching it, I expected it to be him in a dark room with depressing lighting singing about the person he broke up with.

Instead, the official music video features Boone, his partner, and his two friends going on a lively road trip to the mountains. I adored watching them have fun, and I recommend watching the music video if you take a liking to the song.

Boone started getting recognition once he joined season 19 of “American Idol.” After his short appearance on the show, he released his solo single “Ghost Town,” a song expressing emotional maturity.

Boone has over 40 million streams on his single already and is also gaining attention on social media. “Ghost Town” is the perfect song to blast while going through your average high school heartbreak.