Not the same ‘as it was’ 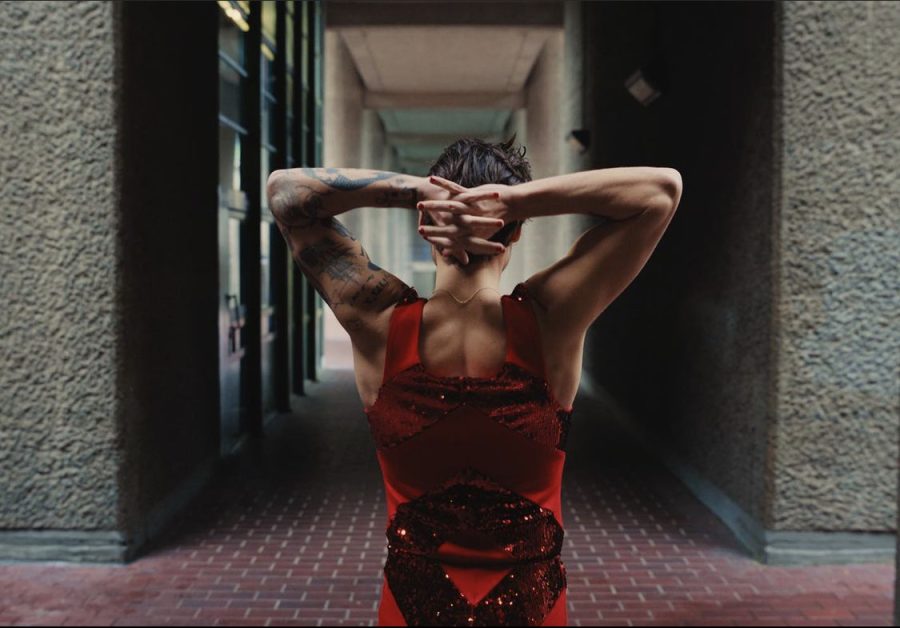 Promotional photo for Harry Styles’ new single, “As It Was.” While feeling just like home to most fans, the song also brings in a new element to Styles’ discography and highlights painful themes of loneliness and change. “As It Was” is the first single distributed in preparation for the launch of Styles’ third album “Harry’s Home” on May 20.

After the success of his sophomore album, “Fine Line,” Harry Styles has returned with a brand-new single titled “As It Was.”

Released in the U.S. on March 31, “As It Was” is the first single ahead Harry Styles’ third album, “Harry’s Home,” due out on May 20. After the release of “Fine Line” in December of 2019, Harry Styles kept himself busy with a postponed tour, leaving fans to wonder when new music would be revealed.

“As It Was” is a versatile song and pulls elements from Styles’ traditional sound but also brings in something brand new. The melody of the song is slightly pop-ish and feels like a different type of upbeat from Styles’ usual cadence.

The song starts off with a child saying “[c]ome on Harry, we wanna say goodnight to you.” The child is actually British filmmaker Ben Winston’s daughter, Ruby Winston, who is also Styles’ goddaughter.

The intro and outro include a unique sort of synthesizer tune, something that Styles has never really utilized in his past music before. As the song continues, Styles’ voice is melodic and carries so much feeling. The added drums and guitar make the song sound flowy and alive.

The bridge to “As It Was” also adds something that Styles has never really done before. It is a short, four-line bridge that is sung quickly and sounds muffled and almost synthesized yet again. Styles then launches back into the chorus with a symphony of bells ringing in the background, mimicking the intro and outro.

However, the song definitely has the distinct “Harry Styles flair” so often found in his past songs. Also found in “Golden,” “Only Angel,” and “Canyon Moon,” “As It Was” follows the same pattern of sad lyrics masked by an upbeat melody.

While it’s too early to speculate on the true meaning behind the song and music video, that never stops fans from constantly questioning things.

The second verse starts out saying, “Harry, you’re no good alone, why are you sitting at home on the floor? What kind of pills are you on?” The first line is speculated to allude to both “From the Dining Table,” where Styles says, “woke up alone in this hotel room,” and “Golden,” where he says, “I don’t wanna be alone.”

Loneliness seems to be a recurring theme found throughout Styles’ discography, adding an element of relatability to his overall legacy. As can be seen through the lyrics, “As It Was” focuses on change and highlights the effects of losing someone significant in your life.

The line in the chorus that says, “[i]t’s not the same as it was,” sums up the song perfectly. Styles has lost someone and, although they tried to make it work, it will never really be the same.

This same theme of change and the loss of a significant person continues in the music video. The video features Harry Styles and another woman, following the stages of their hypothetical relationship.

At one point, Styles and the woman are lying on the floor, holding hands until the floor splits and moves them away from each other. This whole scene indicates how Styles tried to be vulnerable in his relationship but was instead met with evasion and rejection.

The conclusion of the music video reflects the feeling of the song. The song ends with Styles returning to the chorus with a symphony of bells in the background.

The music video pairs with that same feeling, and ends with Styles dancing freely. Styles eventually found his freedom in himself and found his freedom to be himself without needing a relationship to strengthen that freedom.

“As It Was” is a breath of fresh air for fans while also feeling just like home. With its themes of loneliness and change, the song features the distinctive flair that Styles is known for, while leaving fans with plenty to anticipate ahead of the full album’s release.