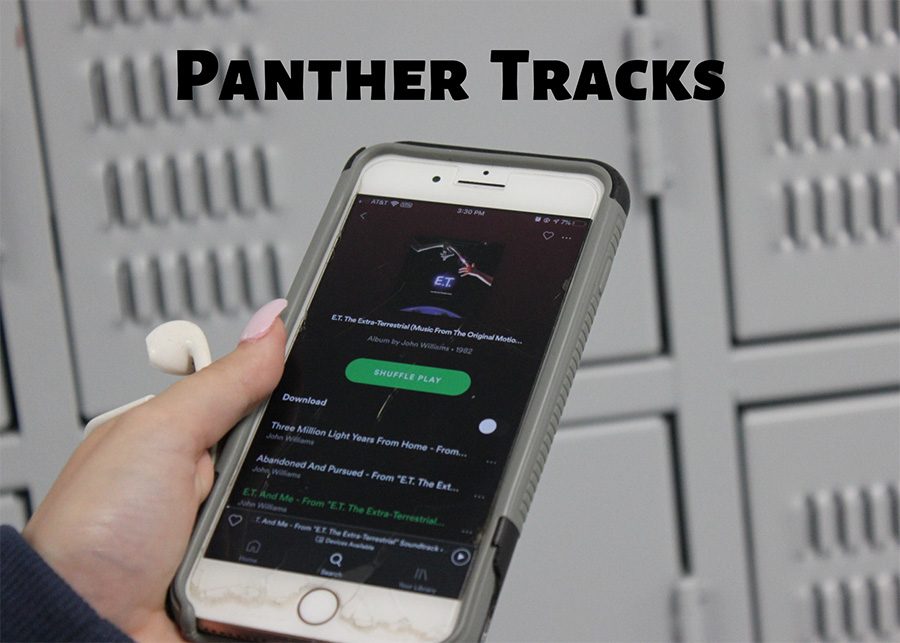 Not all favorited music has to be lyrical, and for senior, Abigail Willis, she prefers soundtracks instead. Willis says her current music obsession is the “E.T.” soundtrack

Music taste always varies from student to student, but for the first time on a Panther Tracks, a student has picked a completely instrumental soundtrack. Senior Abigail Willis likes the soundtrack to “E.T.” right now.

Willis really expresses her unique taste with this soundtrack because soundtracks are not usually a student’s first pick. The soundtrack is from a well-known movie, but some students would not spend their free time listening to it.

“I just really like the scores, and one of them [Soundtrack to E.T.] is by John Williams. John Williams is awesome,” Willis said.

John Williams was the composer of this soundtrack and also the soundtracks to “Raiders of the Lost Ark” and “Return of the Jedi.” Williams has also helped compose the soundtracks to other major films like “Jaws,” the Home Alone series, “Hook,” the Jurassic Park series, and the first three Harry Potter films.

“I listen to a lot of orchestra music which is really hard to put into one category,” Willis said.

The orchestra/instrumental genre of music is completely overlooked most of the time by students, even with its relaxing tone. Willis is a part of the orchestra program at Starr’s Mill which probably explains her love for it. This is most likely because of its lack of lyrics, but that doesn’t mean it can not be favorited by some students.