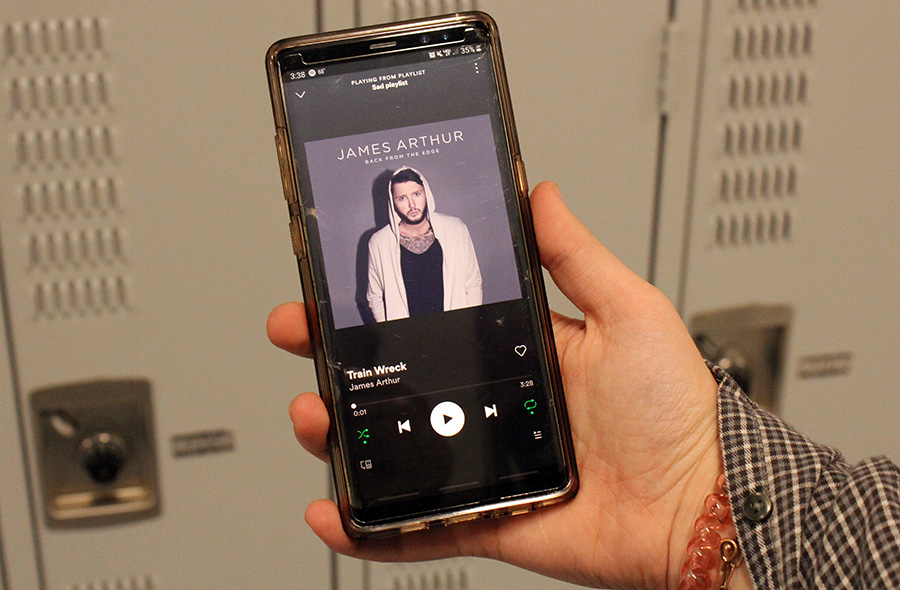 Senior Cali Miller’s favorite listen right now is “Train Wreck” by James Arthur. She likes this song because it makes you want to scream your heart out.

“It really hits home,” Miller said. “you can really get into it and scream your heart out.”

At first listen, you can tell “Train Wreck” is a sad song. The combination of deep piano and Arthur’s vocals will send chills down any listener’s spine. After the quiet, slow beginning, the song then launches into an outburst of emotion, aided by his strong vocals and background music.

James Arthur launched into fame with his hit song “Say You Won’t Let Go” after winning on the X Factor in 2012. He currently has three albums released and just recently released a single called “Lasting Lover.”

“Train Wreck” is a great listen for anyone looking for a powerful yet sad music choice.