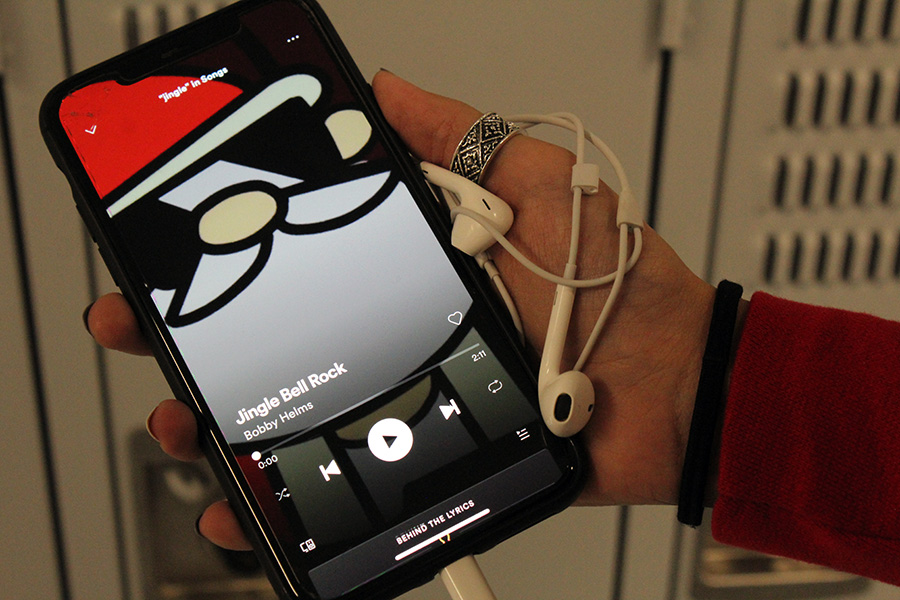 To get into the Christmas spirit, freshman Nash Glover is listening to “Jingle Bell Rock” by Bobby Helms.

“It reminds me of Christmas time,” Glover said.

“Jingle Bell Rock” is an obvious Christmas classic. Released in 1970, it is one of the most popular songs for the holidays. With its cheery upbeat melody and the sleigh bells in the background, all you want to do is cozy in by the fireplace with a cup of hot cocoa and enjoy the twinkle of Christmas lights.

Bobby Helms is an American singer and songwriter best known for his Christmas hit “Jingle Bell Rock.” He is also known for his songs “Fraulein” and “My Special Angel.” He passed away on June 19, 1997, but his song is still known worldwide today.

“I like listening to his song ‘Heartsick Feeling’,” Glover said. “It gets me in my feels.”

Stream “Jingle Bell Rock” during the holiday season for some extra spice to your cider!