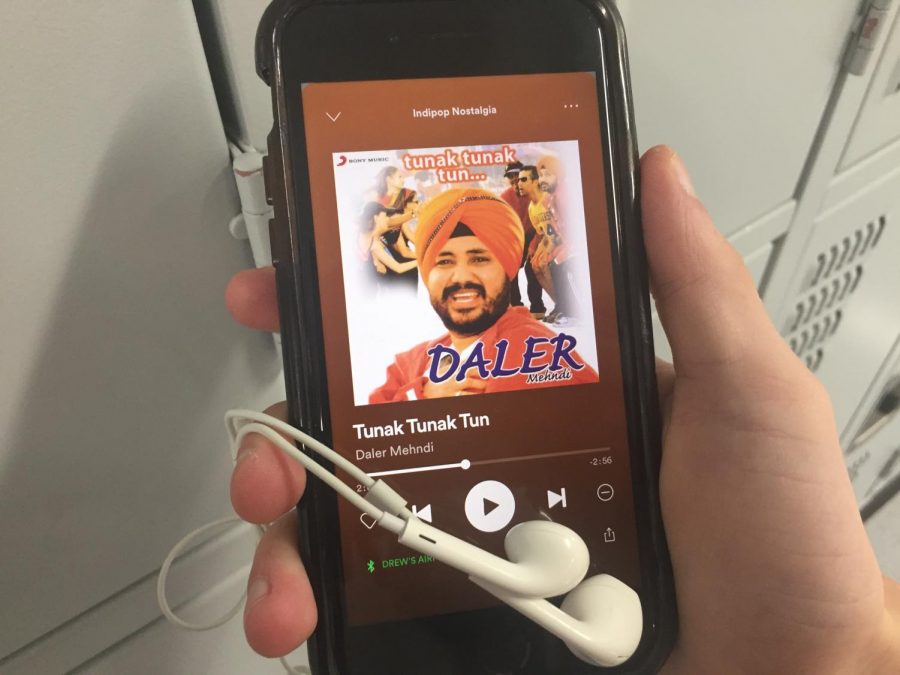 Junior Daniel Wiberg is listening to “Tunak Tunak Tun” by Daler Mehndi. This was Mehndi’s fifth song, and has since become an international sensation.

“I would definitely recommend this to a friend because it broadened my view of different cultures,” Wiberg said.

“Tunak Tunak Tun” is a feel good love song. Its lyrics express a desire for a “sweetheart” to relax and listen to the music, and listen to her own heart. Its upbeat tone sets the mood for an exciting and easy listening experience.

The song was originally released in 1998, and as of right now, it has 172 million views on YouTube.

“Tunak Tunak Tun” was the first music video released in India using chroma key technology, which made it popular in India and an international success.  When released, it reached the No. 1 spot on the Indian Billboard Top 100.

“I like the style of it because they use interesting instruments and different kinds of sounds they use in their language,” Wiberg said.

If you enjoy upbeat songs or just want to listen to a piece of  Indian music, check out “Tunak Tunak Tun” on your favorite music streaming app or on YouTube.