"Put on" by Jeezy 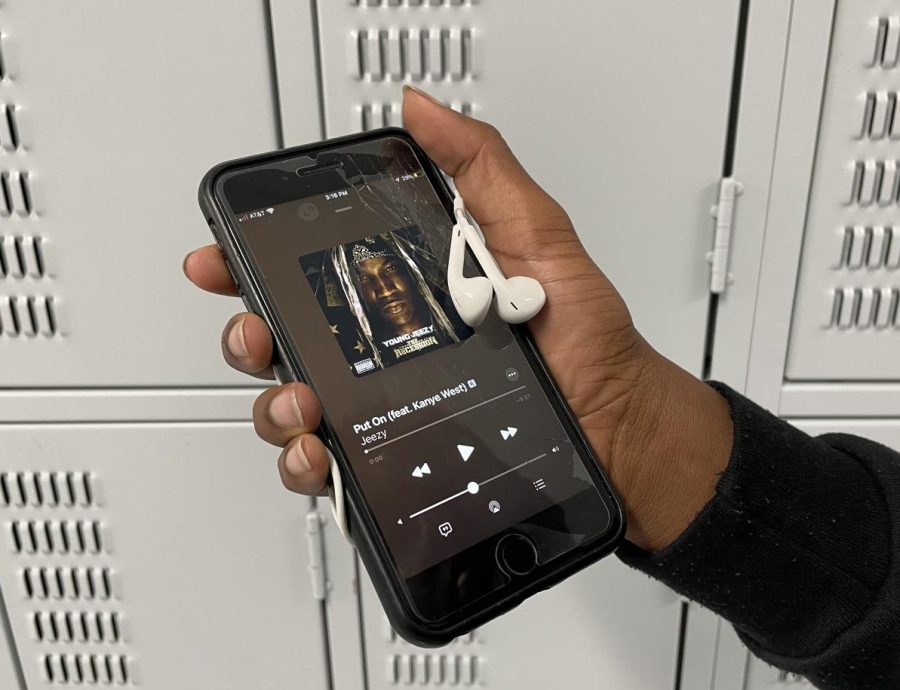 Junior Brandon Drummond is listening to “Put on” by Jeezy. The song discusses Jeezy’s love for the city of Atlanta.

Junior Brandon Drummond is currently listening to “Put on” by Young Jeezy, featuring Kanye West. The song was released in 2008 and reached No.12 on the Billboard Top 100 and reached the top spot on Billboard’s Hot Rap Songs.

“It goes hard,” Drummond said. “The beat is amazing.”

The song starts with a lowkey beat with the whispers of “I put on…” in the background before the beat drops and the song starts. It feels like a song made for a house party or an event to build excitement. The song is about the love that Jeezy has for his city.

Jeezy started his career under the name, Young Jeezy, and is credited with pioneering the trap music genre along with fellow rap artists T.I and Gucci Mane.

His biggest accomplishment was getting the platinum certification on his album “Let’s Get It: Thug Motivation 101,” from the Recording Industry Association of America.

If you want a song that will get you excited, check out “Put on” by Jeezy.