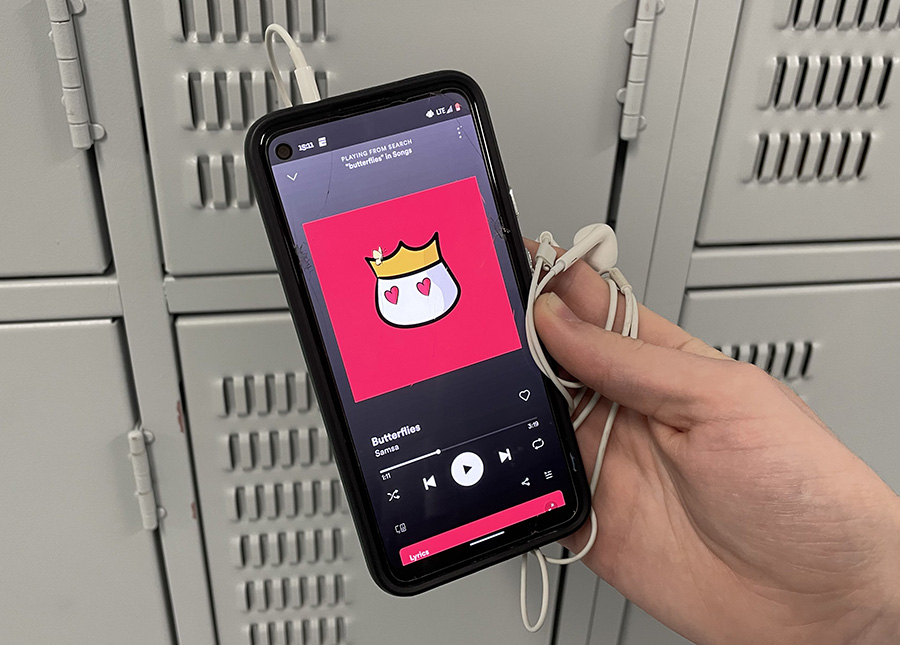 Senior Spencer Jerome is listening to “Butterflies” by Samsa. The song highlights the ups and downs of relationships.

Senior Spencer Jerome is currently listening to hip-hop-rap song “Butterflies” by Samsa. The song was released in 2017, and falls under the Hip-Hop/Rap genre.

“It just resonates with the fact everyone has their flaws, and that’s what makes them beautiful,” Jerome said.

The song begins with a piano solo modified to make it sound as if it were from a record. This sound persists throughout the song as Samsa sings about both what makes his partner great and his partner’s flaws. The song signifies the need to accept one’s differences as well as loving what is great about a significant other.

“It shows that these flaws [are] really what makes this person worth being with,” Jerome said.

Samsa is a unique artist in the fact he was on the rise as a lofi/hip-hop artist, and disappeared into retirement after releasing a series of singles in 2017.

Give “Butterflies” a listen if you enjoy some casual Hip-Hop.