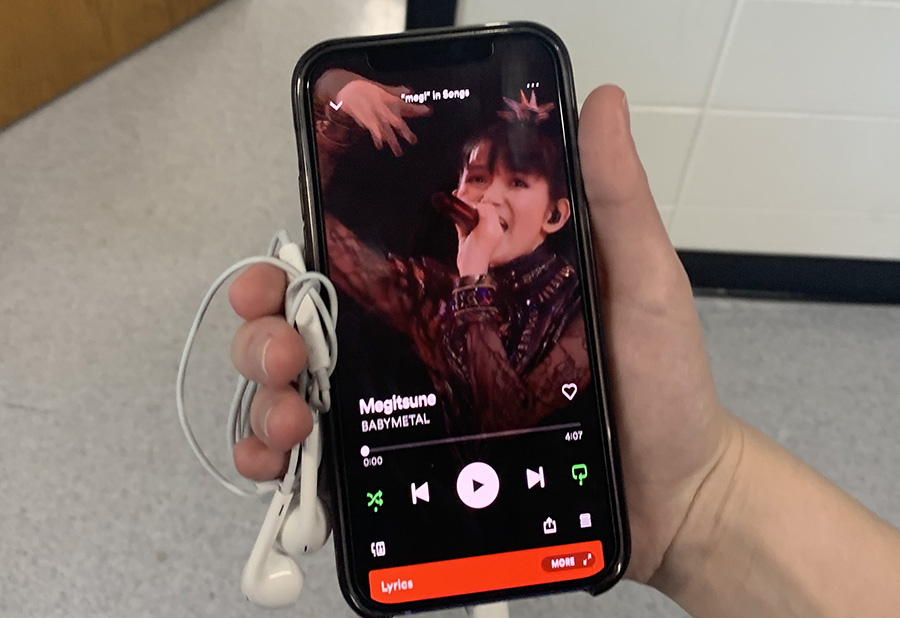 Sophomore Adeliegh Webber’s favorite song right now is “Megitsune” by BabyMetal. This song is one of BabyMetal’s most popular songs.

Sophomore Adeleigeh Webber is listening to “Megitsune.” This song was released on June 19, 2013 as BabyMetal’s fifth released single.

“They are very catchy and not too repetitive,” Webber said. “I listen to a lot of groups like them like Melani Martinez, DenKare, and other heavy metal bands.”

“Megitsune” is a women empowerment song. Its lyrics express the troubles that women face from society. Aside from the serious metal tone, “Megitsune” can be enjoyed by a wide audience.

“These bands are in another language so it’s cool to look up the translations,” Webber said. “They also have really interesting meanings to them that you can’t really understand on the first listen, so you have to wait and then you’ll understand.”

If you enjoy heavy metal songs or just want to listen to a piece of Japanese rock music, check out “Megitsune” on your favorite music streaming app or on YouTube.