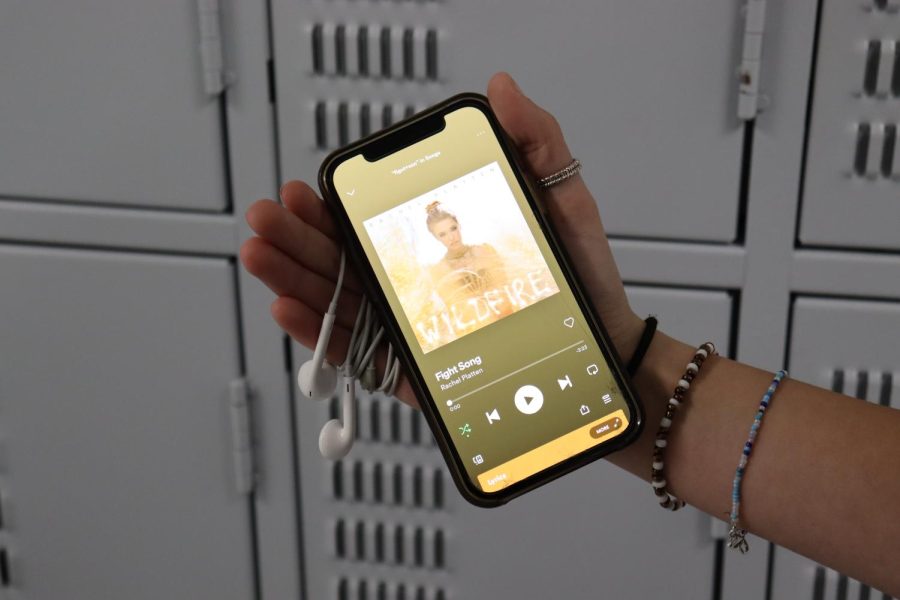 Freshman Levi Carter is listening to “Fight Song” by Rachel Platten. The song was released in 2015 and showcases spirited pop rock. Fight song peaked at number six on the U.S. Billboard charts in 2015.

“Fight Song” is made to remind people that the mean voices in your head are actually not true. The album “Wildflower,” which included “Fight Song,” was released on February 19, 2015. “Fight Song” was a huge success being used in the television show “Pretty Little Liars” and as being showcased in the trailer of “Supergirl.”

The single “Fight Song ” has sold over 1 million copies in America alone. Platten also performed “Fight Song” on stage in front of thousands with Taylor Swift.

Some other great hits of Platten’s are “1000 Ships,” “Broken Glass,” and “Hey Hey Hallelujah.”

Platten, a singer, songwriter, and author, was born on May 20, 1981, in Massachusetts. She started off by studying classical piano at the age of five, and released her first album, “Trust in Me,” in 2003.

If you like music that will get you to sing your heart out, “Fight song” is just for you.