“Starting Over” by Chris Stapleton 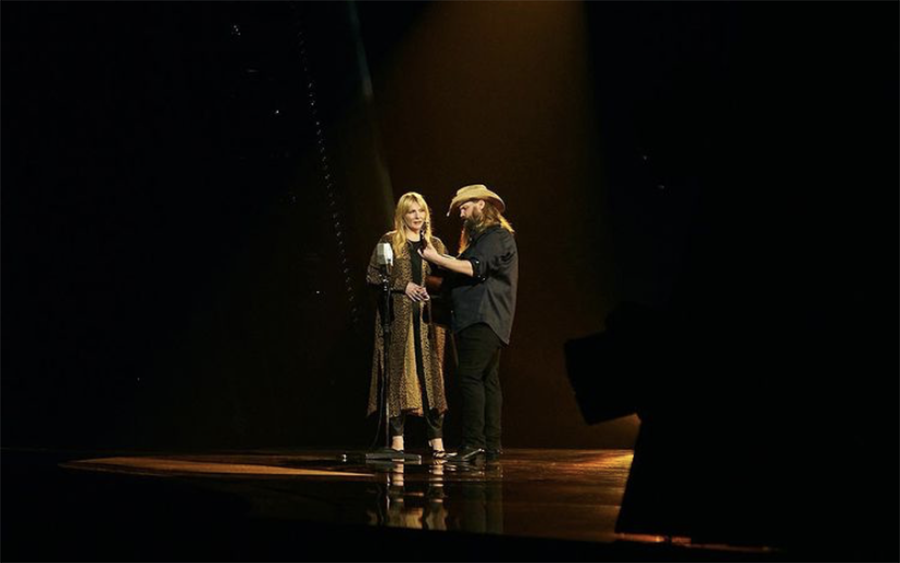 Chris Stapleton performs "Starting Over" at the 2020 Country Music Awards. The title track is featured on his latest album, the first he has released in three years.

Remove your aux cord and turn off your Bluetooth, then tune in to your local country music station. “Starting Over” is hitting the radio and it’s worth a listen or two.

Soulful and warm, “Starting Over” is a message of encouragement about taking a leap into the unknown with someone close by your side.

The first verse describes an open road just waiting to be explored. The second verse touches on the difficulties we all go through as it leads into the chorus, full of hope and longing.

The musical style is a gentle cacophony of strings alongside a rhythmic percussive beat in the background. Grammy-winning Chris Stapleton’s voice is raw and heartfelt, inviting the audience to lean into the music. His album released this year includes a variety of tracks, though “Starting Over” takes the prize for the emotional impact it hits listeners with.

Chris Stapleton released his first album in three years, featuring the title track “Starting Over,” just this fall. Stapleton has said that hectic events of his life over the past two years, including the pandemic and surgery affecting his vocals, were his inspiration as he created the song.

Whenever you feel down, “Starting Over” is a song you can enjoy when you need to just sit in the moment and be. Stapleton’s song will keep your spirits light, so sit back, relax, and listen to “Starting Over.”