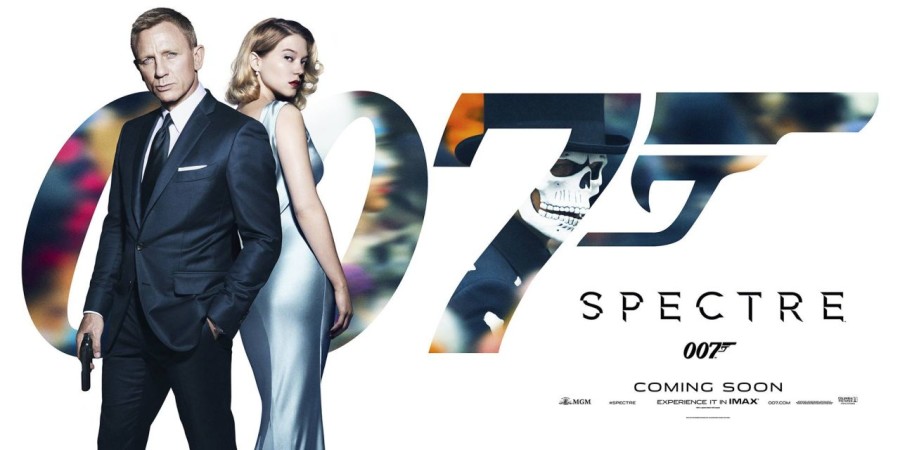 After the release of “Skyfall” in 2012, the standard for James Bond movies changed forever. In arguably one of the best installments in the decades-long franchise, director Sam Mendes combined stunning artistry with intelligent storytelling to charm audiences and critics everywhere. When the newest Bond film, “Spectre,” was announced, one question was on everyone’s minds: will this newest installment match the genius of “Skyfall?”

And the answer, as it turns out, is somewhat complicated.

“Spectre” follows James Bond (Daniel Craig) on his quest to—once again—save the day, catch the baddie and get the girl. This time, Bond’s nemesis is Franz Oberhauser (Christoph Waltz), leader of the international terrorist organization called Spectre. Bond pursues Oberhauser and his accomplices across the globe, meeting Dr. Madeleine Swann (Léa Seydoux) in the process. While Bond works in the field, his colleagues back at MI6 in London also deal with a conflict of their own. New employee Max Denbigh (Andrew Scott), quickly dubbed “C” by Bond, begins lobbying for British involvement in the “9 Eyes” program, which would combine the surveillance capabilities of several world nations to better prevent terrorist attacks.

The problem with 9 Eyes? Its implementation would mean the end of the Double-0 program, for good. The demonization of huge, sweeping government surveillance programs remains an important theme throughout the movie. To emphasize this, one of the newest gadgets in MI6’s arsenal actually works against Bond– new “smart blood,” nanotechnology that can track a spy’s location from anywhere in the world. Other scenes in the film also follow this theme, including a critical emotional moment for Bond later in the film centered around a clip from a surveillance tape.

Despite being so blatant, this theme somehow avoids annoying the audience. This might simply be a result of the clear real-world connection. Both the Center for National Security and the Special Measures Act of 2001, clear parallels to the NSA and the Patriot Act, are mentioned. In a world truly living what M (Ralph Fiennes) calls “George Orwell’s nightmare,” the world of old-fashioned spies seems especially attractive.

And though heavy-handed thematic messages aren’t usually what audiences expect from their action thriller, “Spectre” manages to maintain its sense of fun.

The movie does this by following an age-old formula that includes multiple love interests, elusive villains and over-the-top chase scenes.

This formula seems to be the movie’s downfall. Where “Skyfall” blazed its own trail, “Spectre” is too quick to follow an outdated pattern. In moments when characters quip or Oberhauser brings out a creepy torture machine, things start to teeter on the edge of cheesy. And when characters tearfully profess their love or villains denounce democracy outright, the story loses some of its subtlety.

But when it comes to entertainment, “Spectre” more than delivers. All the iconic characters of a Bond movie are in place, from a frightening, German-speaking villain to a young and helpful Bond girl. And the action that links them is smart, polished and visually stunning.

While the storytelling in “Spectre” may lack the subtlety and complexity of “Skyfall,” Mendes’ artistic vision is still clear as ever. While the vast number of different settings may confuse the plot, the opportunity for visual spectacle is endless. And Mendes makes sure to cash in on these, leaving no artistic stone unturned.

“Spectre’s” most notable moments all include variations on the theme of light versus dark. From a group of funeral goers wearing all black to a table of Spectre officials hidden in shadow, Bond’s world features a cast of characters emphasized by darkness. As the movie progresses, the already fair Swann begins to wear more white, making her stand

out even more against the subdued tones that Mendes favors.

In an epic chase scene through the Austrian Alps, arguably the crown jewel of the movie, the white snow becomes a backdrop for the dark shapes of both the hero and the villains’ vehicles. And one of the most upsetting moments in the movie, a torture scene, is made even more jarring by its extreme brightness. After this, the action returns to predominantly dark shots until the film’s resolution when the sun begins to rise, softly and gradually, over the London skyline.

Though “Spectre’s” flash isn’t always backed by substance, there’s no denying that the movie is classic, fun Bond, the perfect send-off for Craig’s unique interpretation of a classic character.