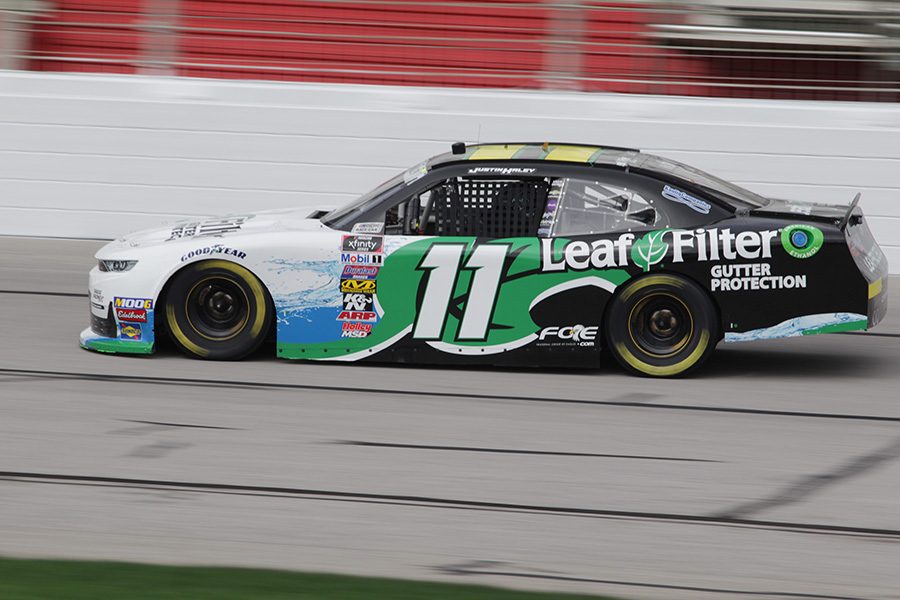 Justin Haley, driver of the No. 11 LeafFilter Gutter Protection Chevy for Kaulig Racing, finished with a time of 31.184 seconds and a top speed of 177.783 mph. Haley led a group of Chevrolet drivers that dominated the standings in the NXS practices. In both practices, Chevy boasted nine top-15 finishers.

Similar to the first practice in the NXS, Chevrolet drivers were scattered all throughout the top 15 finishers. Justin Haley, in the No. 11 LeafFilter Gutter Protection Chevy for Kaulig Racing, topped out at 177.783 mph, and notched a time of 31.184 seconds, good enough for first in the practice.

“We have really good teams that drive our Chevrolets, teams that put together notebooks and setups for this track,” XFINITY Series Program Manager for Chevrolet Shane Martin said.

“Our teams have learned a lot of the last past couple years,” Martin said. “I’d like to attribute it to the new car that we have.”

One of this weekend’s favorites, Christopher Bell in the No. 20 Rheem Toyota for Joe Gibbs Racing, finished in eighth place with a top speed and time of 175.704 and 31.553, respectively.

Last week’s winner at Daytona, Michael Annett, in the No. 1 Pilot Flying J/American Heart Association Chevy for JR Motorsports, looked the part of a top finisher during practice in Atlanta. He finished with a top speed of 175.354 mph and a time of 31.616 seconds.

“We run the bottom in one and two and three and four we are consistently in the race,” Annett said. “But in qualifying, everyone runs in the top in one and two to save your stuff for the final segment.”