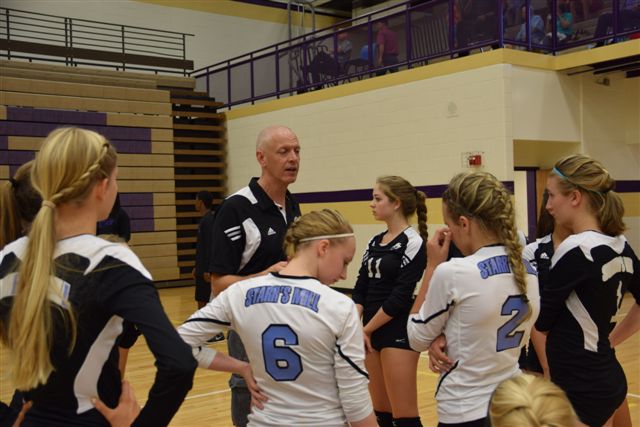 The junior varsity volleyball team finished 29-4 under coach Mark Decourcy. Two of his players, sophomores Jesse Echols and Lauren Avidano, moved up to varsity following the end of the JV season.

The Panther junior varsity volleyball team, led by coach Mark Decourcy, wrapped up their victorious season winning on Sept. 28 at home against Heritage, finishing with a 29-4 record. “29-4 is not bad,“ Decourcy said.

The JV team started the year winning their first six games before dropping the next two matches to East Coweta and McIntosh on Aug. 17.

Following the two losses, the team went on a 15-game winning streak, including a comeback victory over East Coweta on Sept. 24. The team also defeated in-county opponents Sandy Creek and Whitewater, but the streak ended following a 2-0 loss against East Coweta on Sept. 17. “Our hardest opponent was East Coweta because we lost to them twice,” Decourcy said.

Echols, along with sophomore Lauren Avidano, played the entire JV season prior to moving up to the varsity team. Both players traveled with varsity to the state playoff matchups at Dunwoody on Oct. 10.