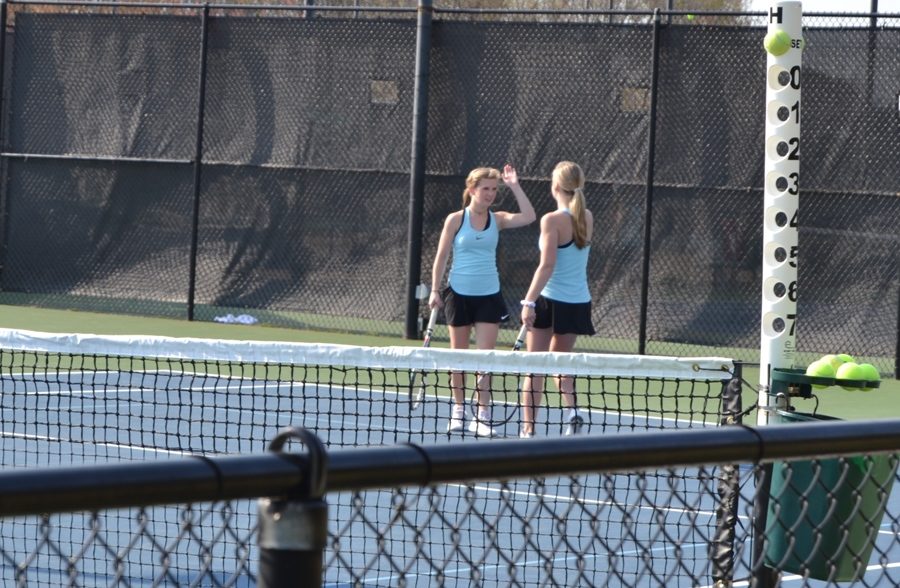 On March 21, both Starr’s Mill boys and girls’ tennis teams went up against McIntosh at home. The Lady Panthers emerged victorious by winning four of their five matches. While the girls brought home a victory, the boys fought a strong and close game, ultimately losing 2-3 to their competition.

The season as a whole has remained consistent as the boys have a record of 10-6 and the girls have a record of 11-5. While the game against McIntosh was not the team’s first, there is still some time left in the season for both teams to work their way to the top and make it to state.

“[The season has] gone pretty well,” assistant tennis coach Emily Woodward said. “We are still trying to figure out what our best crew is. It’s a learning curve, but overall we’ve played pretty consistent and some tough matches.”

“[The season has] been awesome,” Wernecke said. “It’s been so much fun, the girls are great. We’re kinda just like a family.”

The only wins of the night on the boys’ side were line one doubles, seniors Chris Sellers and Cam Kelly, and line two singles, junior Davis Wall. While the boys did not bring home a victory in any of their other matches, each match was close and should help them continue preparing for regions.

“[This season is] a lot different than last year [since] we lost a lot of seniors last year,” senior Noah McPherson said. “We have seven starters and four of them were all seniors, so we graduated more than half of our starters. It was kinda like starting over.”

Since the McIntosh game on March 21,  the girls placed second overall at the tournament in Chattanooga on March 24 and 25, bringing home yet another victory. The boys played another tough game as they placed ninth overall in the tournament. Since then, the boys have defeated Whitewater (5-0) and lost to Westminster (1-4), while the girls lost to both Whitewater (2-3) and Westminster (1-4).