Lady Panthers shut out Tigers on path to playoffs 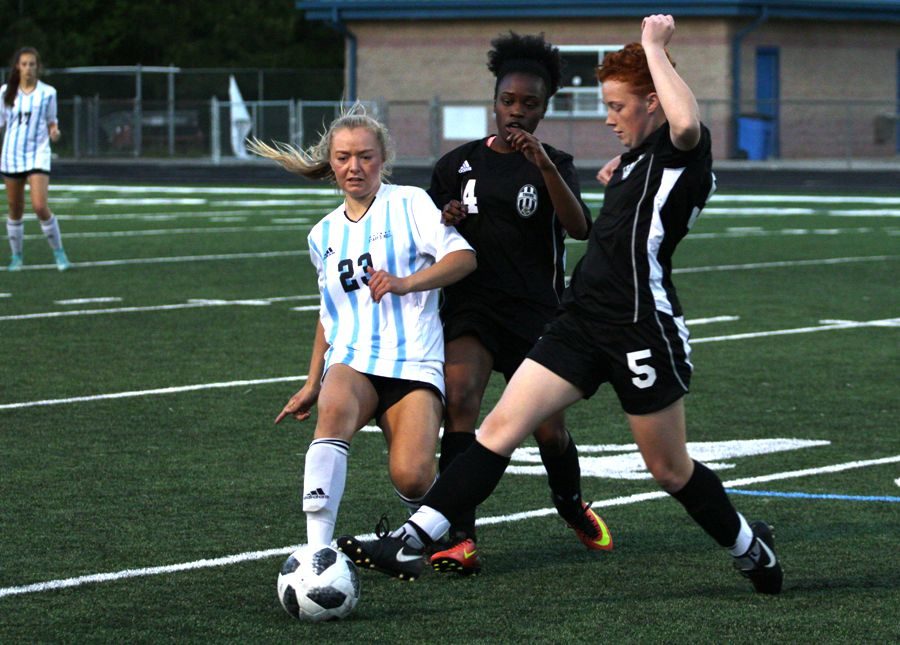 Starr’s Mill defeated the Fayette County Tigers 6-0 on Senior Night. This victory solidifies the Lady Panthers as the No. 2 seed for Region 3-AAAAA in the GHSA state playoffs.

The game started off with the Starr’s Mill getting a shot on goal in the first minute. The Lady Panthers kept the ball on their half of the field, with the Tigers unable to cross midfield until the seventh minute.  The momentum shifted with a fast run to the goal, but the Tiger attack was stopped outside of the goalie box.

“The first half was extremely disappointing,” head coach John Bowen said. “We didn’t want to be here. As well as we played Friday [against McIntosh], to come that low today, was just extremely disheartening.”

For the rest of the half, Fayette County struggled to keep up with the Lady Panthers and spent most of the game chasing the ball. Junior Meritt Parker scored the first goal of the night in the 13th minute. Freshman Chloe Thompson pulled the keeper out of the goal and passed the ball to Parker to give her an opportunity at a free shot on goal from within the box.

Thompson, the team’s leading scorer, followed with her own goal six minutes later to score her 12th goal on the season. Thompson was passed the ball and she dribbled the ball to pull the keeper out, once again, and hit the center of the goal from deep within the box.

“It makes me really happy to be the leading scorer and go to [the playoffs] as a freshman,” Thompson said.

The rest of the half consisted of the ball being shared between both teams with Fayette County making more advances than in the beginning. Going into halftime, the score was 2-0 with the Lady Panthers hungry to score more. 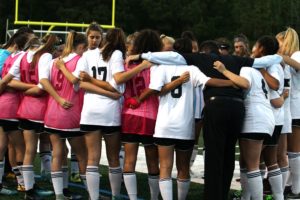 Katie Linkner Lady Panthers huddle with their arms around one another after the game to talk about what they can do in the next game. In the aggressive, offensive game, Starr’s Mill had control of the ball for the majority of the time. The Lady Panthers followed this victory with a difficult game against Pace Academy where the Mill lost 2-1.

“We did a lot better as a team, as a whole, in the second half,” Parker said. “Although we would’ve liked to win by more, we still got the win which is what we came here for.”

In the second minute of the second half, Thompson scored again, this time from just outside of the box. This goal caused Fayette County to attempt to push the Mill and held them from scoring for 12 minutes. However, Parker scored her second goal of the night off of a corner kick when she sent the ball past the keeper’s reach.

Freshman Sara Evans scored the fifth goal for the Mill off of a penalty kick in the 62nd minute. Starr’s Mill kicked the ball around the field causing the Tigers to chase for the rest of the half.

The last goal came from junior Katelyn O’Shields from just within the box in the 68th minute.

“The second half we stepped it up, we played, we really worked at it, [and] it looked so much better,” Bowen said. “Not only that, but everybody got on the field and everyone looked good. Everybody got a touch on the ball.”

The Mill faced Pace Academy on April 19 in the last regular season game. The Lady Panthers lost 2-1 in a fast-paced, aggressive game. Their next game will be April 24 at home in the first round of the GHSA state playoffs against Locust Grove starting at 6 p.m.