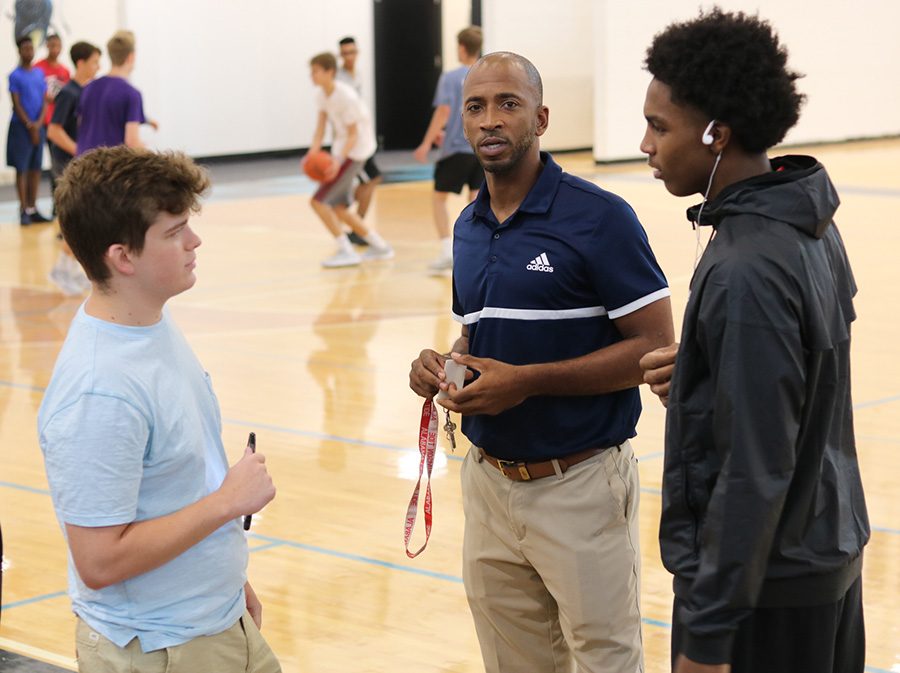 School is back in session at Starr’s Mill, and that means fall sports are kicking off. The football and softball teams looks to repeat as region champions while the volleyball team attempts to build on their miraculous late-season run from a year ago.

However, it’s the basketball team making moves early this year.

Junior forward Jamaine Mann transferred from Eagle’s Landing Christian Academy to join the basketball team at Starr’s Mill. The 6’5” do-it-all forward adds a lot to a Starr’s Mill team looking to replace Drew Hudson, the Region 3- AAAAA Player of the Year from a season ago.

“I bring size, I bring another ball handler,” Mann said. “I want to do anything to help the team try and win a state championship this last two years.”

Listed as a shooting guard, Mann brings more than height to the Mill’s roster, as he has a little bit of everything in his game. Mann, ranked 80th in the nation according to 247sports, averaged 10.6 points, 7.8 rebounds, 1.9 steals, and 1.5 blocks last season for the Chargers, who fell to Aquinas in the A-Private semifinals.

“Any time you can add any talent to your team, you always feel good about it,” head coach Charlemagne Gibbons said. “We have a good group of guys coming back and anything that adds to it is good for us.”

The Panthers revived the basketball program last year, setting records for wins in a season and consecutive wins, all while winning the program’s first ever region title.

That team was led by Hudson, who became the first ever Panther to reach 1,000 career points. Mann joins seniors Julian Lynch and Nate Allison as Starr’s Mill look to build upon their Elite 8 finish last year.