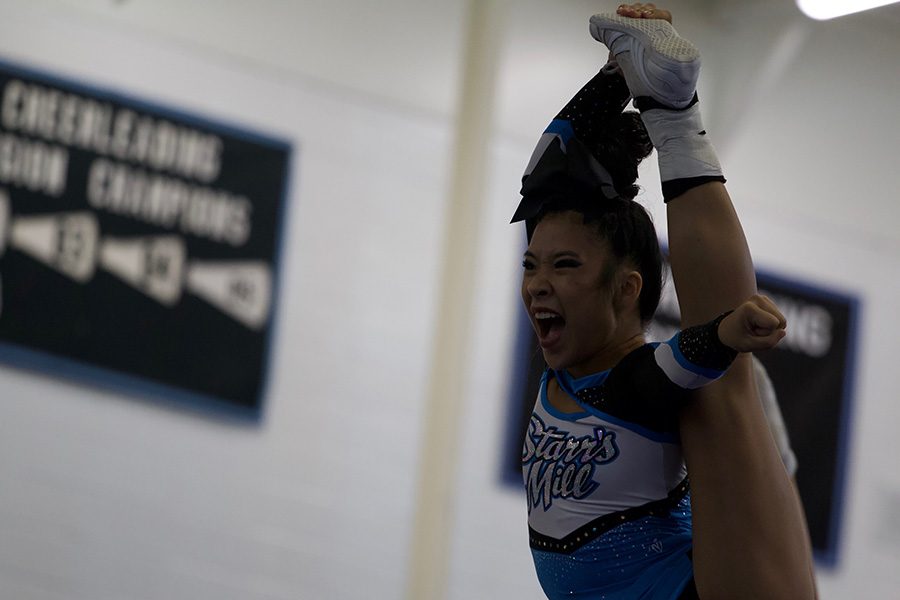 Starr’s Mill cheer flyer stands tall with her leg in the air. The team competed last weekend at Starr’s Mill, but chose to remove itself from scoring.

This year, the Starr’s Mill cheerleading team is starting strong. At their first competition this year, the team earned second place, and at their second competition, they placed first.

“They’ve really bonded as a team, and it’s really come together,” head coach Heather McNally said. “They work well together, they are driven, and they want to succeed, and that’s the best kind of team to coach.”

Last year, the cheer team placed third at the state competition, following the top two teams who tied for first by a small margin. That team from a year ago only graduated four seniors. This year’s squad of 16 girls is composed of seven seniors that act as the leaders of the team.

“I love this team,” McNally said. “They are such a wonderful group.”

The next competition for the team is this Saturday at Johns Creek High School.