Bennett, Stackhouse in top 16 of Cheerleader of the Year competition 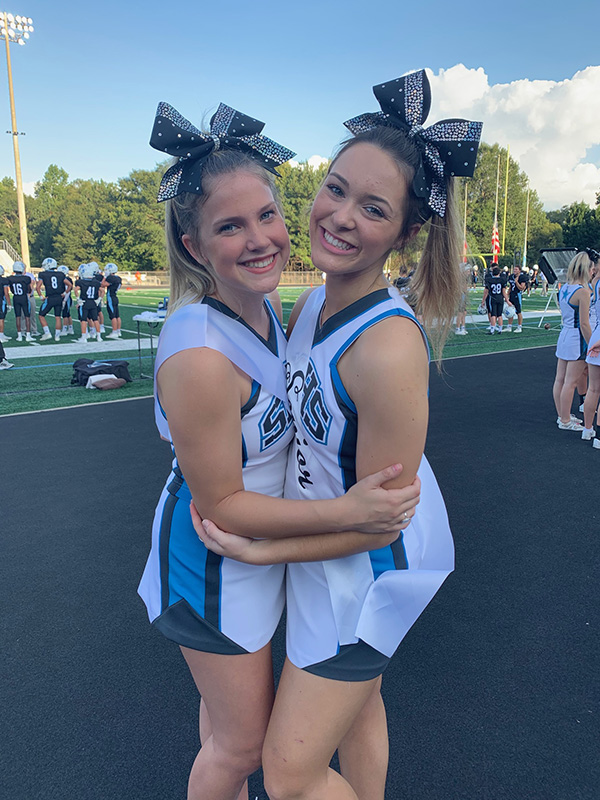 Senior cheerleaders Kailey Bennett (left) and Emily Stackhouse (right) have made it to the top 16 cheerleaders in the GHSA Cheerleader of the Year competition. They are now eligible for scholarships and additional awards.

This year, over 100 senior cheerleaders from different high schools all throughout Georgia were nominated and competed to win various scholarships and awards. Starr’s Mill seniors Kailey Bennett and Emily Stackhouse were not only among that group, but are now part of the top 16.

“I think it’s the most exciting that neither of us was expecting it because it’s out of a lot of people,” Bennett said.

Entrants for the annual GHSA Cheerleader of the Year competition are judged based on cheerleading skills and high school career.

“About 130 girls sent in everything like academics, your GPA, your volunteer work, your hours, and some paperwork for the first round,” Stackhouse said.

The judges for this event focus not only on their physical abilities but also on how well-rounded they can be. That’s why they ask for interviews and essays about them.

They evaluate both physical agility and personality. Each candidate must write an essay and go through an interview process for the judges to get a sense of their character. Character is just as big of a factor in the selection process as the athletic components.

The first portion of the competition is to send in an essay, scholarship application, and recommendation letters. They compete virtually through video and also partake in Zoom interviews. This narrows the list of competitors down to 30.

The finalists then went through another Zoom interview and made a 2-minute routine. From there, the final 16 were selected.

“It feels really rewarding to see all your hard work pay off and get some recognition for it,” Stackhouse said.

The final 16 will be presented at the GHSA Cheerleading State Championships on Feb. 16, 2021 in Columbus, Georgia. The Cheerleader of the Year scholarship winner, the top scorer in All-State, and the rest of the scholarship awards will be announced as well.